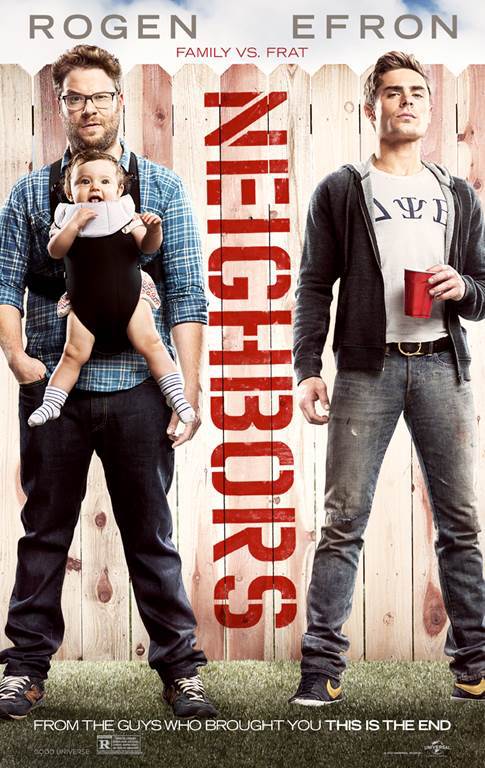 Plot: As if a couple didn't have enough to deal with once their newborn baby arrives - their new housing has them living right next door to a fraternity house. -- Chris Kavan

Laugh-out-loud funny. Not the best comedy I've seen in a while, but it's ensemble cast makes it well worth watching.

Yes the movie is crass and rude and sexist - but it's also damn funny. I haven't had this much fun watching a comedy since probably the first Hangover. Truly some inspired moments (I especially like the De Niro party scene and Lisa Kudrow kills it as the college dean) - predictable? A bit, but everyone looks like they're having a great time and that mean you'll have a great time watching it.

For some reason, I didn't like the whole package of this comedy. But it made me laugh genuinely and that airbags really surprised me!

I was really looking forward to watching this movie as the trailer looked fun, but its wasn't anything like i thought it would be. its, about a couple with a baby and a college fraternity take over the house next door as a frat house. which then leads to a kind of tit for tat back and forth with them and the zac afron and his friends.
This has to be one of the most annoying movies. constant immature silly fast talking. really kidish humour.
i thought this was going to lots of pranks on eachother ast they face off aginst the frat house. but it was so weak.
The ending is one of the worst i have seen did they not know how to end it? just bad . I'm not afan of seth rogen he just isnt believeable . This is a childish movie which is average at best but for me i found it annoying not funny …

Over the Fence Warfare

The story is mostly what you've heard from synopsis. It only serves to setup a loose plot of back-and-forth dueling of pranks and mishaps, a good majority of which are indeed funny. Jokes range from irreverent dialogue (some free-flowing improv), to painful bouts, and a healthy amount of overtly sexual situations. Lots of references to the male genitalia abound. Not all of the gags got big laughs from me. It's not a 'hit-and-miss' affair by any stretch. Sometimes the gags just didn't register as big of a laugh as I was expecting. And a couple of the more gross-out moments felt purposefully shocking before they reached their intended punch. I still laughed consistently, partially out-loud, so I got my fill for sure. Probably the biggest plus is the three leads. Rogen, Byne, and …

No posts have been made on this movie yet. Be the first to start talking about Neighbors!