The Other Woman Movie Information 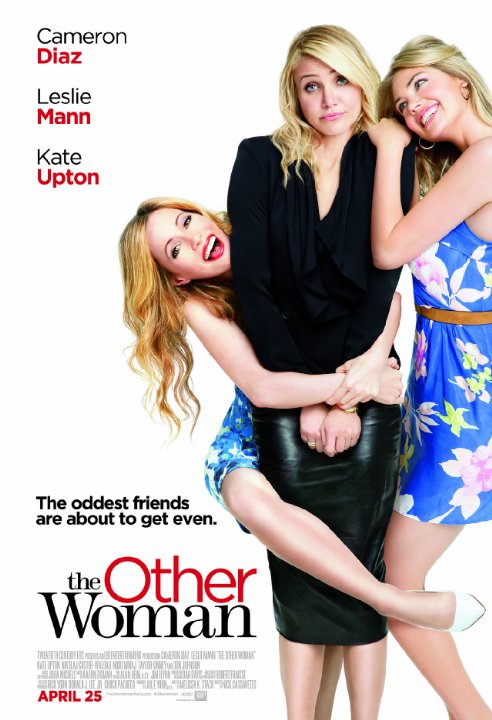 Plot: A woman has been seeing a married man - but when she discovers she is not his only lover (nor even his primary mistress) she seeks out his wife to plan the ultimate revenge. -- Chris Kavan

For a film about girl power, the only good thing in this awful film are the men. Jamie (his real name is hard to spell) from game of thrones has decent comedy timing, although every gag is as cheap as they come, cringe worthy Cameron Diaz falling off stairs and knocking a big vase over, Jamie shitting himself due to the old laxative in a drink trick, and aptly named Lesley Mann's big dog doing a poo on the floor ahahahaha!!!! We even have a walking into a glass door not once, but twice in the same scene. Woeful "comedy"

Very funny even if most of the scenes do not make sense. And I find Nicki Minaj entertaining!

This is the part of my job that feels like torture. After discovering her boyfriend is married, a woman (Cameron Diaz) tries to get her ruined life back on track. This movie makes women and men look bad and really despicable, This film was stupid and it was just a rip off of john tucker must die.

its just not a good film at all

Apparently this a comedy , about a woman who finds out her husband has been cheating and becomes friends with his lover. then the pair of them finds out he has another woman on the side as well and they become friends with her and seek revenge.
sounds not to bad of a idea for a comedy but where's the laughs. mostly its pointless talking and scenes that go nowhere.
when it gets to any real comedy which is a long way in the film its very standard stuff thats been done before and better.
there are two types of bad movies there's the ones that are made badly and poor acting low budget usually types. then there are films like this where it has fine good actors but its so empty and boring it makes you wonder why they made it. it just isn't good at all. its not funny and its not even good …

Reading through the reviews for The Other Woman I'm garnering that the consensus is that a lot of people disliked this film? Me myself I found it enjoyable especially any scene with Leslie Mann as I find her incredibly funny in pretty much anything I have seen her in with the exception of 2012's This Is 40. Leslie plays Kate King a woman who finds out her husband Mark ( played by Game Of Thrones Nikolaj Coster-Waldau ) has been screwing around with not only one but two other women lawyer Carly Whitten ( Cameron Diaz) and young and incredibly beautiful Amber ( Kate Upton) in great sociopathic style Kate forces her friendship on Carly and Ambet but when the trio become tight...look out Mark as we all find out that Karma is a bitch and what comes around goes around.

The Other Woman may be the worst movie that has come out this year so far. The characters are reprehensible, the plot is nonsensical and the only laughter that it drew from my lips was directed at the filmmakers themselves.

The movies fundamental premise is that three women who have all been cheated on by the same guy all become friends and get revenge on there mutual lover; but I never for one second believed that these people would ever have anything to do with each other. Cameron Diazâs character is unlikable and Leslie Mannâs character is ungodly annoying. Kate Upton is even worse in that she has no character; she has no major influence on the plot, and I imagine was only cast to help attract male audiences (She was on the cover of a recent Swimsuit model magazine.) None …

No posts have been made on this movie yet. Be the first to start talking about The Other Woman!