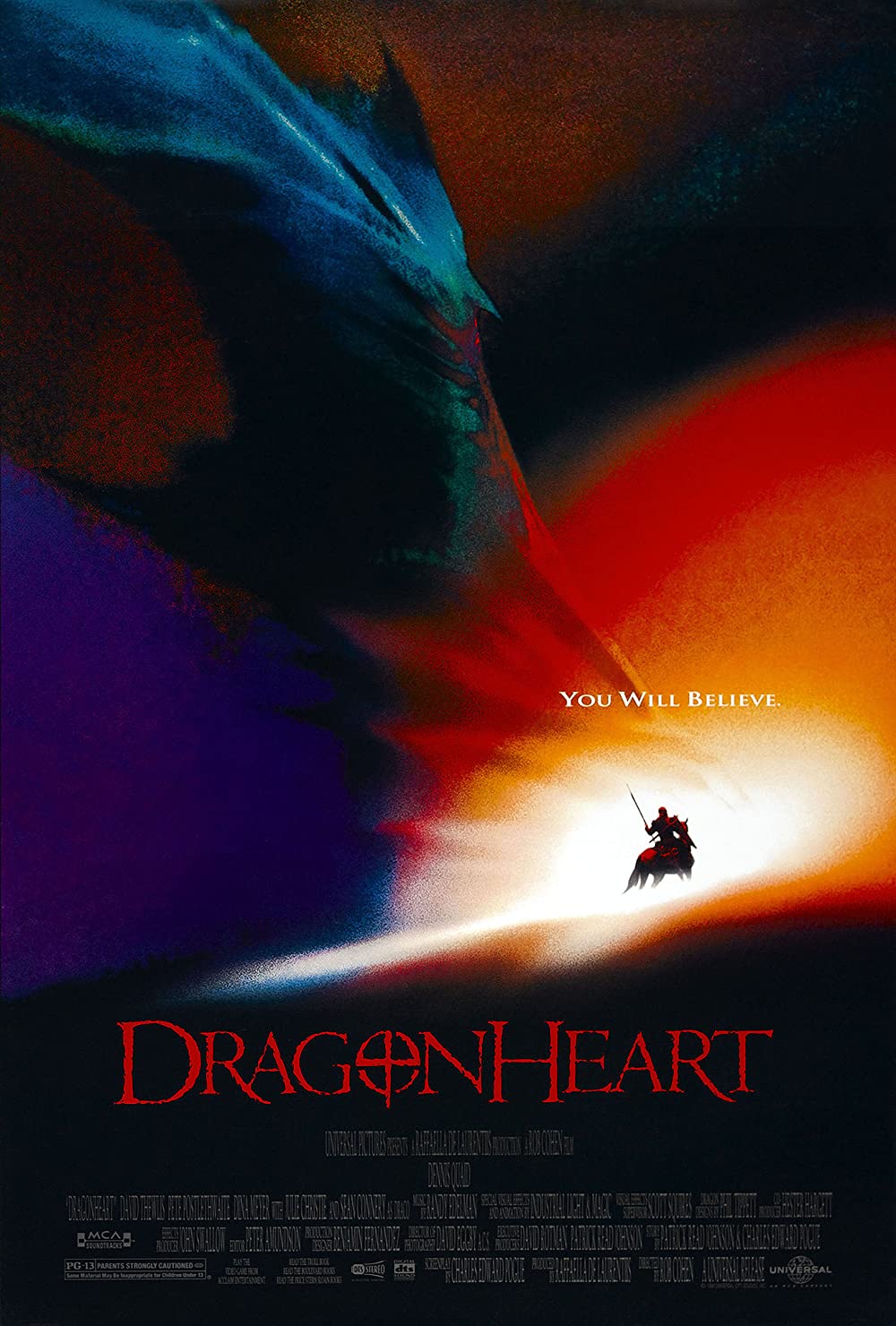 Plot: An evil king has brought a dragon and a dragon slayer together to fight against his rule.

Typically contrived Disneyesque family fodder, elevated above the usual dross by a strong cast and some ably handled slapstick comedy.

A talking dragon voiced by Sean Connery. That's all I remember liking about this movie.

The movie promises at the first half when we see the Dragon and the Dragonslayer uniting to scam the little villages, but it perishes when the story starts to focus on the spoiled evil king.

No posts have been made on this movie yet. Be the first to start talking about Dragonheart!