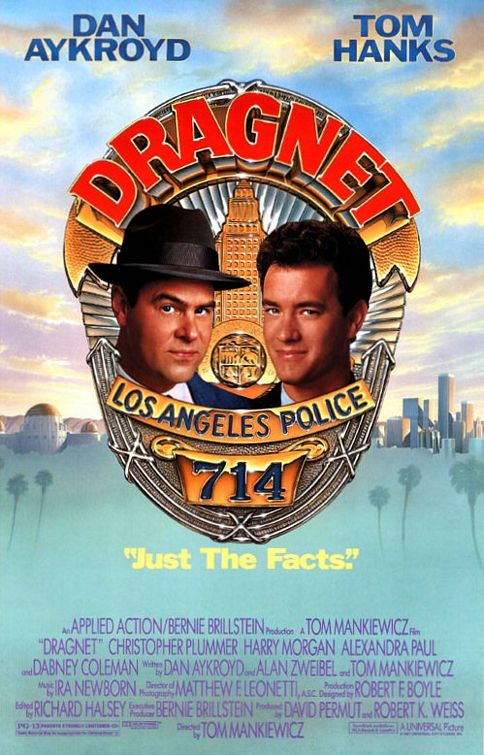 Plot: A straight-laced cop and his equally laid-back partner team up to investigate a series of bizarre crimes that are linked to a cult that has nefarious purposes in mind. -- Chris Kavan

A rare affectionate parody of the original series, DRAGNET is lighthearted fun thanks to Tom Hanks and Dan Aykroyd's comedic timing.

Nothing here really tickled my funny bone, but it's not a bad comedy.

No posts have been made on this movie yet. Be the first to start talking about Dragnet!