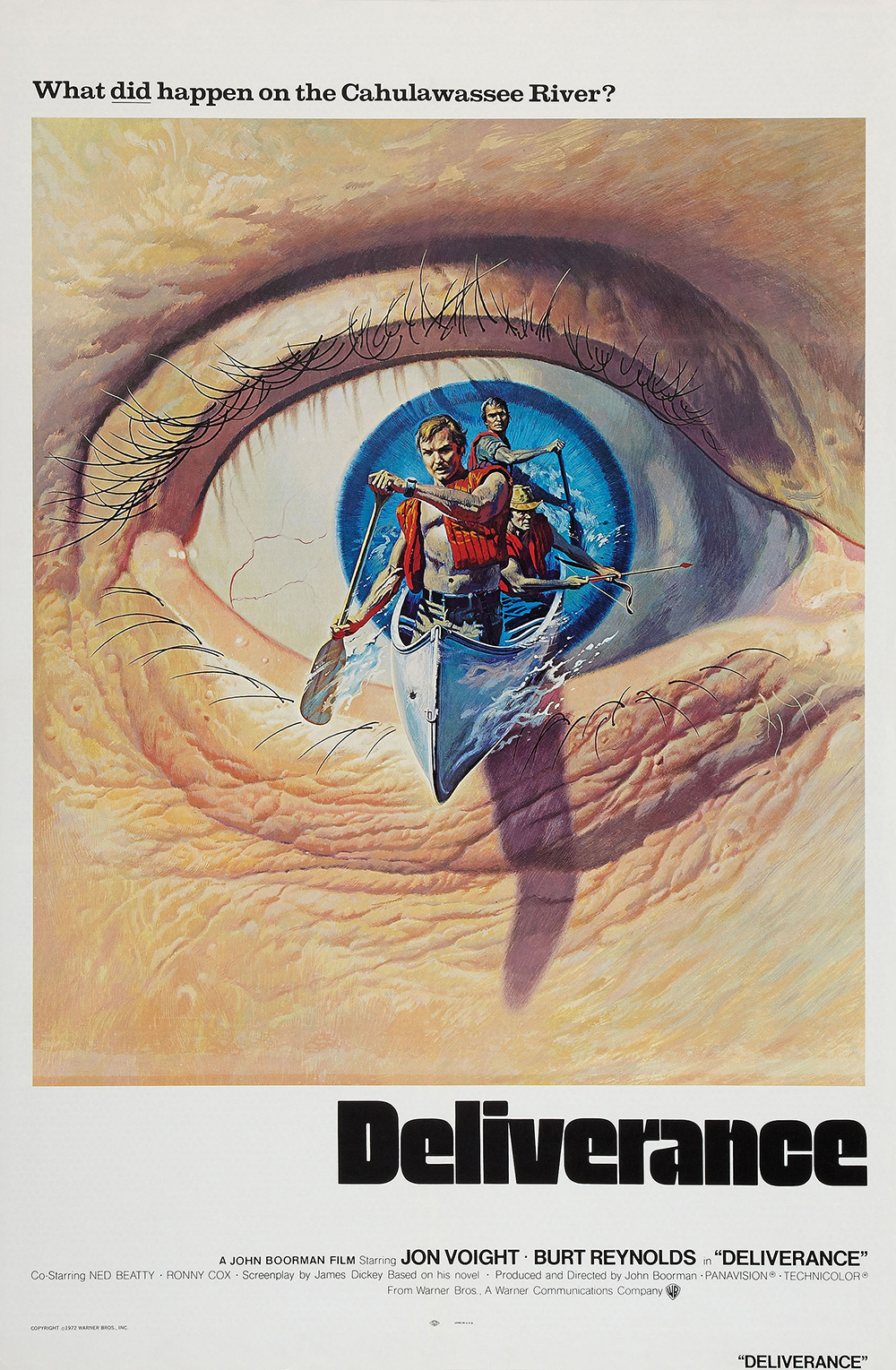 Plot: Four business men decide to tame the Cahulawassee River before it's turned into a lake. Their carefully planned adventure takes a wrong turn when some unfriendly locals take an interest in them.

While accusing it of exploitation is reasonable, "Deliverance" is an intimidating experience sure to push all who watch it to the brink of despair.

Okay film, it had its moments, it's directed pretty well but i dont think i would like to see it again. It just didn't leave some great impression on me.

A southern backwoods river adventure that takes a turn for the worst. The story and acting keep the film from going into exploitation territory.

One of the more popular 70's films. Lewis (Reynolds), Ed (Voight), Bobby (Beatty) and Drew (Cox), try to have fun at a river until things go wrong. The location and cinematography was impressive while performances were solid. Screenplay was provocative with lines: Lewis - "Machines are gonna fail and the system's gonna fail...then, survival. Who has the ability to survive? That's the game - survive." Old Man - "You don't know nothin'." " Night has fallen. And there's nothin' we can do about it." The entertainment aspect, dreadful pace and overall experience were the aspects of the film that were not as captivating. Some of the action felt too choreographed as well. Deliverance is a shocking dramatic film about nature, knowledge, survival and trust.

Four city slickers go on a canoeing holiday in the backwaters of Georgia when they are attacked by a pair of gun toting mountain men. This sounds like a typical stalker-horror movie, but John Boorman brings a gritty realism to it that makes it all the more disturbing. Principally about the arrogance of civilized man (or more accurately, men) the four show little regard or respect for the locals, leading to a particularly grim encounter when they are completely stripped of the control over their own lives that they previously took for granted. Burt Reynolds shaves off his trademark moustache and takes a break from redneck comedies to deliver a career best performance as the alpha male of the group as they fight for survival in a hostile environment. Most memorable for the dueling banjos …

Deliverance is the fascinating, haunting and sometimes even disturbing tale by James Dickey, turned into a brilliant movie by John Boorman. It's about four businessmen, driven by manhood and macho-behavior, who're spending a canoeing weekend high up in the mountains. Up there, they're faced with every darkest side of man and every worst form of human misery...poverty, buggery and even physical harassment! These four men intended to travel down the river for adventure and excitement but their trip soon changes into an odyssey through a violent and lurking mountain-land, completely estranged from all forms of civilisation. All these elements actually make Deliverance one of the most nightmarish films I've ever seen. Just about everything that happens to these men, you pray that you'll …

No posts have been made on this movie yet. Be the first to start talking about Deliverance!