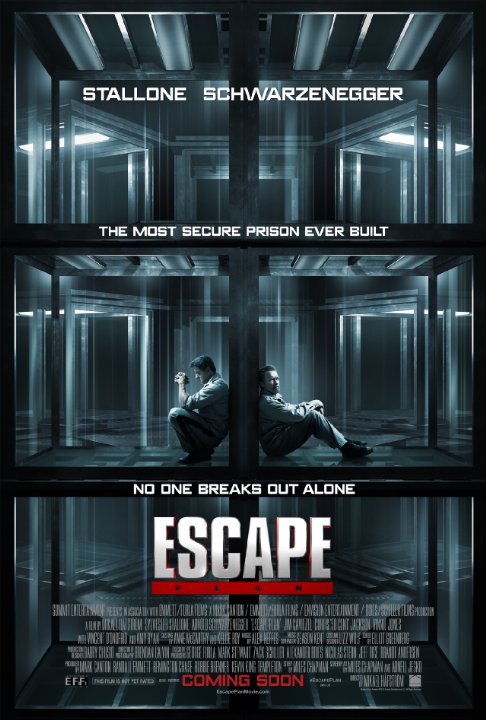 Plot: Ray Breslin designs the most secure buildings in the world, including many prisons. But when he is framed for murder and put inside one of his own master prisons, he will have to put his knowledge to good use to escape and find the people who framed him. -- Chris Kavan

i really enjoyed it. i thought arnie was great and surprised me with some of his acting. its not a movie i would tag as action which seems to be getting a bad rap lately. its more like a real movie with a big action ending. when its just the prison and sly and arnie together its good stuff. its not shawshank redemption but its not bad either, entertainment is the key and sly delivers that.

The high concept plot and couple of twists were almost enough to push this above average. The cliched agenda of the script constantly brings it down to mediocre. It's fun to see Stallone and Schwarzenegger together on screen, but the novelty wears off when they end up having not much to actually do outside of their routine personas. Only worth merit in minor areas.

Horrible character development and dizzying direction, literally and figuratively. The plot and so called twist did not have any impact. This whole picture felt rushed and just wanted to have Stallone and Schawrzenegger go at it. Not as entertaining as the Expendables but worth a look.

The route to escape failure is by either tightening your budget or use top actors in your film to attract the audience and make money. Well, director Mikael Hafstrom, has done the same. But the surprise is that he has done both here. Despite having such talents like Stallone and Schwarzenegger, he chose to tighten the budget. It is evident in every frame whether it might be the explosions, gun fights or the easy wrestling kind of duos, everything looks tight. If such a cheap act of gimmickry is employed for big scale action stars, all left is only their tiresome and rusticated voice. Stallone is old and evident here. Schwarzenegger looked dumb throughout with his lame excuses of one liners and little forced barrel gun fight. What about the antagonist of this film? Oh Jesus. Save me from …

Despite Action Icons Uniting, It's a Bland Plan

I could make so many jokes about the first pairing of Sylvester Stallone and Arnold Schwarzenegger (co-headlining their first film together) - like how Stallone is more likely to break a hip than break out of prison or how I hope Medicare covers torture sessions... but such jokes are in bad taste so I will forgo anymore for the remainder of this review.

Escape Plan would have been a blockbuster... if it had come out in the late 80s, early 90s when Rocky and The Terminator films were still fresh in the mind of audiences. Both Stallone and Schwarzenegger have been trying to put together a revival of sorts. I have to admit, I do like The Expendables - a great idea that actually captures the essence of where these actors are at at this point in time (that is, a little older, but still …

This movie is not great art, but it is a very fun ride. Arnie and Sly have an outstanding chemistry in this movie and because they are both charismatic actors it really works for the movie. The only casting problem was 50 cent. Yes, 50 Cent is in the movie. And he is a computer hacker. However casted him should have looked more closely or just chose another unexperienced actor. Yes, there are real many unknown faces in this film and they all are doing a (let's be honest) bad job. But this movie is not for them, the movie is just there for Arnie and Sly. and their epicness. There were many homages, and if they did not sign up this movie would have been a total failure. But sometimes it leads to Arnie translating Sly. Like this:
Sly: hriufgvhigg
Arnie: You vant to break out of sis …

No posts have been made on this movie yet. Be the first to start talking about Escape Plan!