Dawn of the Dead Movie Information 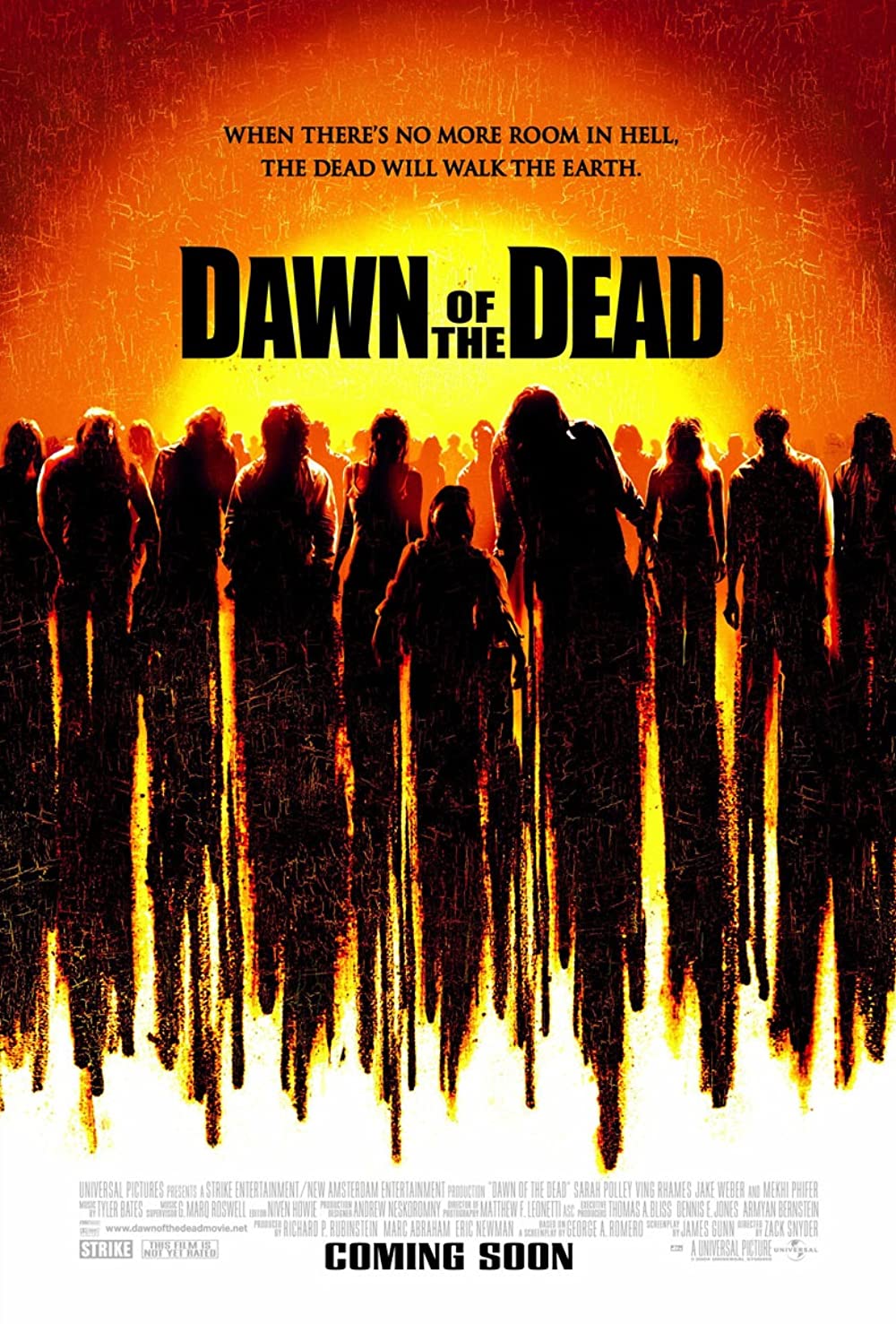 Plot: When the dead suddenly come back to life, a group of strangers hole up in a mall in hopes of surviving the wave of undead.

A remake that didn't suck.

This movie has all the elements of a good zombie movie. Nothing more/Nothing less; making it Average. It is a must-see for zombie movie fans. Compared to the original, the effects and shock value of kills is better; but the heart of the first one is lacking in the second.

This remake is a lot gorier and faster-paced than the Romero classic, but it's missing the social commentary and artistry of the original. Zack Snyder stylizes his films, but gets clumsy when it comes to adding thematic elements to his films and this is no exception.

"Dawn Of The Dead" by Yojimbo

A group of survivors of a zombie holocaust hide out in a shopping mall which is under siege from a horde of the undead. Zack Snyder's update of George Romero's seminal classic impressed me a lot when I first saw it, but upon a rewatch its quality is obviously a result of its riffing off of the superior idea of another rather than because of its own merits. The most glaring problem for me is the whole "fast zombie" idea. Somehow, it's far more unsettling to be besieged by shuffling, decaying, mindless zombies than the hyperactive speedfreaks we have here, which means the oppressive air of crushing inevitability of Romero's film is sorely missing. As is any semblance of the social commentary and sly wit that coloured the original. The characters are really just a bunch of action movie …

Vivian bites Luis, who then chases Ana (Sarah Polley). She is now joined by Kenneth Hall (Ving Rhames), Michael (Jake Weber), Andre (Mekhi Phifer) and his pregnant wife, Luda (Inna Korobkina) and breaks into an abandoned mall. They meet 3 security people in another floor and watch the news. Michael suggests to C.J. to make signs on the roof and lock-up weak doors. The group decides to feed and give a walkie-talkie to Andy. Nicole gets Chip from the converted Andy who was bitten. Steve likewise changes into a zombie and CJ sacrifices himself to help the group escape. Ana, Kenneth, Nicole, Terry and Chips leave on a boat while Michael deals with a zombie bite. A hand-held camera is found and the madness continues.

TV reverend: âHow will God judge you? No we know.â Had some …

The biggest compliment I can pay to Zack Snyder's Dawn Of The Dead remake is that it is on a par with the original. Making some bold and innovative changes, Snyder develops a tense, gory and action packed Zombie flick. Derided by some critics for changing the undead from shuffling and clumsy protagonists to fast and furious flesh eating monsters, this is never the less a worthy and entertaining successor. Grotesque, visceral and less political than its predecessor, DOTD delivers the goods tenfold while always showing respect to Romero's classic (even throwing in a number of cameos from the original). Snyder's apocalyptic zombie vision benefits greatly from Indie Queen Sarah Polleys magnificent performance. All in all, the end of the world has never looked so gruesomely good.

No posts have been made on this movie yet. Be the first to start talking about Dawn of the Dead!