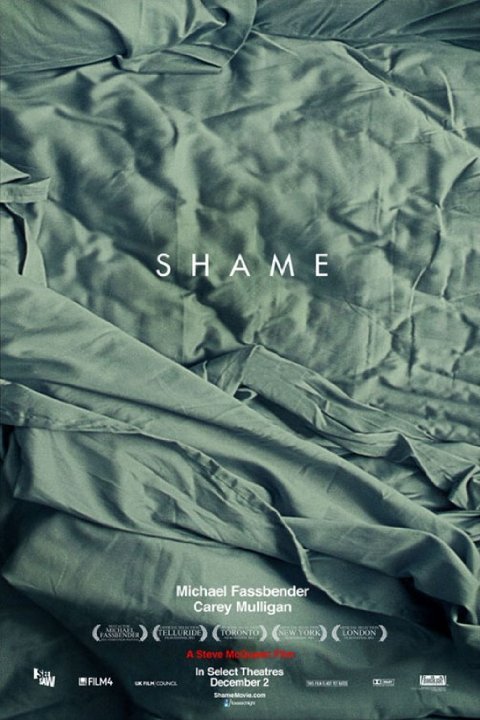 Plot: A chic New York man struggles with sex addiction and finds his life spiraling even more out of control when his younger, estranged sister suddenly moves into his apartment. -- Chris Kavan

Michael Fassbender gives nothing short of a committed performance in this woeful, uncomfortable, and frankly graphic character study.

This is a poignant look at a character with an addiction. It's also a a great drama about a brother and sister relationship. The standout acting and directing helped pull me into this story and it carried a satisfying emotional weight. Fassbender is the center of this film and he gives an outstanding performance. The film does earn it's tainted NC-17 rating, but more for it's adult themes and maturely handled storytelling than it's use of multiple sexual acts. The movie actually desensitizes it's sex and nudity, because of the way it's used as part of the story. I find myself liking this more on repeated viewings.

I hate myself for not watching this movie back in

Back in 2011 I heard this movie was getting great reviews and Chris Stuckmann said "the movie was more fun watching the movie with a old man", So I said the heck with it so I watched the movie and I got to say I loved this movie, 2011 was the year for Michael Fassbender because he was brilliant in X-men first class and this movie. the story is about Michael Fassbender character who lives in new York with his sister and he as one thing that is wrong with him and that is sex addiction, he has sex with women every night but one day on the train station he sawed the most beautiful women in the world and he can not stop thinking about her and hes sex addiction start to die off. this movie is just brilliant just a well made movie and I hate myself for not watching this movie back in 2011 but …

Definitely one of the most artistic, important and well acted films about the topic of sex. Not for kids and teenagers since it has some really frisky scenes. It's title is striking enough which means an affect, emotion, cognition, state, or condition, and it's hard to be moved by this thought provoking movie. A powerful picture like this involves a very talented and believable lead, and a solid supporting cast to make it work. Brandon (Michael Fassbender) is a successful executive with a pervert boss who abuses the company's benefits. Sissy (Carey Mulligan) is the little sister of Brandon who sings and gets with his married boss David (James Badge Dale). Score was subtle since the moments on film were powerful, acting just effective and premise just realistic. Best memorable …

No posts have been made on this movie yet. Be the first to start talking about Shame!