Zhang Yimou's exquisitely mounted historical drama features gorgeous production design and beautiful costumes. The political intrigue and familial infighting are nothing new. But both Chow Yun-fat and Gong Li are great as the warring monarchs. The third act is a spectacular climax with bloody and exciting action scenes.

Visually, it is everything you've come to expect from a Zhang Yimou film, amazing sets, costumes and brilliant colors. But it is the screenplay, which hearkens back to Shakespeare and Greek tragedies, that impressed me the most. This does not deserve to be in the top 1000 though.

I love Yimou Zhang. This film is not what the western culture is used for the past years. It has not flying persons or strong CGI. It's a very powerfull tragedy, very similar to greeks one. Ergo, you'll notice notes of Throne of blood and Ran (wich are also based in tragedies) I think you'd love it if you like those premises. Awesome film.

"Curse Of The Golden Flower" by Yojimbo

The Curse Of The Golden Flower is a historical epic starring Chow Yun-Fat as a Chinese emperor who rules both his lands and family with an iron fist. A plot to assassinate his empress results in an attempted coup to wrest power from his grasp. This story has a lot of potential for political machinations, scheming and the kind of epic, heroic battles you'd expect from Zhang Yimou. The costumes and sets are of a scale and splendour it is impossible to ignore and his eye for aesthetic beauty is as evident as ever. But it seemed to me that the actors had been demoted to nothing more than elaborate mannequins on which to hang these incredible creations, arranged to make the most attractively composed images, rather than to facilitate the narrative or create empathy or even interest for the … 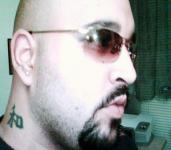 Opulence in design and boatloads of melodrama are what makes Curse of the Golden Flower a great film. Directed by one of the best directors of our time, Zhang Yimou, this picture is the third in a string of martial-arts themed masterpieces (Hero and House of Flying Daggers) that this great filmmaker has made. After watching the first two you begin to wonder what could he possibly have up his sleeve for the next one. Curse of the Golden Flower answers that question in spades.

The story is set well over a thousand years ago, in the Tang Dynasty, and it follows the exploits of a feudalistic family, led by an eccentric Emperor (Chou Yun Fat). We soon realize that his wife, played by the seemingly ageless Gong Li, has no love for her man and it is this dislike that fuels her to seek …

I thought it was pretty great. The sets and costumes are pretty unbelievable and the sheer number of extras is amazing. The film just looked beautiful. It was very Shakespearean, as Grace pointed out, and was pretty darn depressing. But even if that doesn't sound like your cup of tea, I think you should go see it. Why? Ninjas. Lots of freaking ninjas flipping out on people. Aside from the tragic themes, I think the lesson learned in this movie is that no matter how well you think you are doing in a fight or how many people you killed, some ninjas are always going to flip out and kill you. Also, Chow Yung Fat is fan-freaking-tastic and plays very against type in this film. But to summarize my review, even if the whole rest of the movie sucked (which it doesn't), Ninjas = Awesome so Curse …

Cherished Chinese Films I Have Seen by Chris Kavan

No posts have been made on this movie yet. Be the first to start talking about Curse of the Golden Flower ( Man cheng jin dai huang jin jia )!