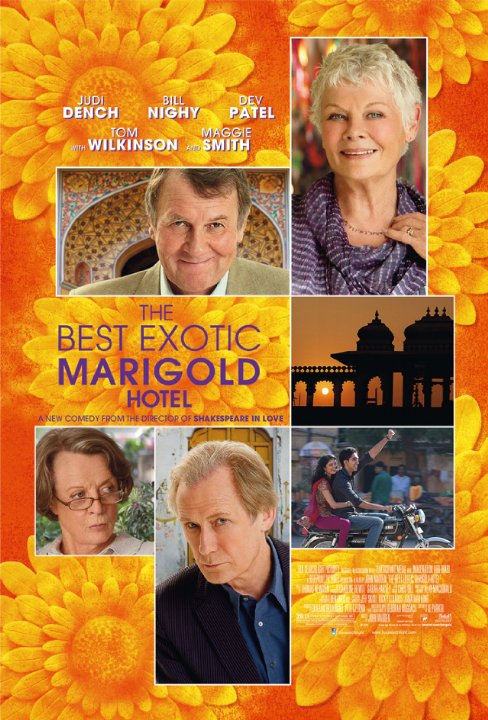 Plot: Explores the lives and interactions of a group of workers and residents at the Dunroamin retirement home in Bangalore. -- Chris Kavan

Explores the lives and interactions of a group of workers and residents at the Dunroamin retirement home in Bangalore. This movie works on Comedy and Drama and this movie has a great actors doing a fine Job in the movie.

Fantastic movie. So much heart and quirky. Dev Patel makes the movie. Really worth seeing.

Yikes. Proof that the Golden Globes are mindless. The stodgy voters for the Globes must have felt right at home with this movie. Bad pacing, simple minded plot, and nothing to offer in terms of uniqueness, it is as if the Producers of this movie bribed the HFP.

An old Indian hotel houses a group of aged individuals seeking for some relief, happiness, and enlightenment.

***
First and foremost, the movie has a powerful script, I almost tweeted every single line of it! A comedy for adults (not an x-rated one) that was definitely enjoyed by everyone. Very inspiring! Solid characters, may it be the lead characters or the supporting roles. ***SPOILER ALERT*** The unexpected death came out of nowhere, but it done no damage at the story at all.
There had been some problematic shots but the over-all Indian feel was good. I also appreciated the characters build-up.
Last but not the least, EXCELLENT CASTING! From all the senior leads to Dev Patel, who by the way, never failed to entertain me. Good to see him performing among these veterans and …

No posts have been made on this movie yet. Be the first to start talking about The Best Exotic Marigold Hotel!