We Need to Talk About Kevin Movie Information 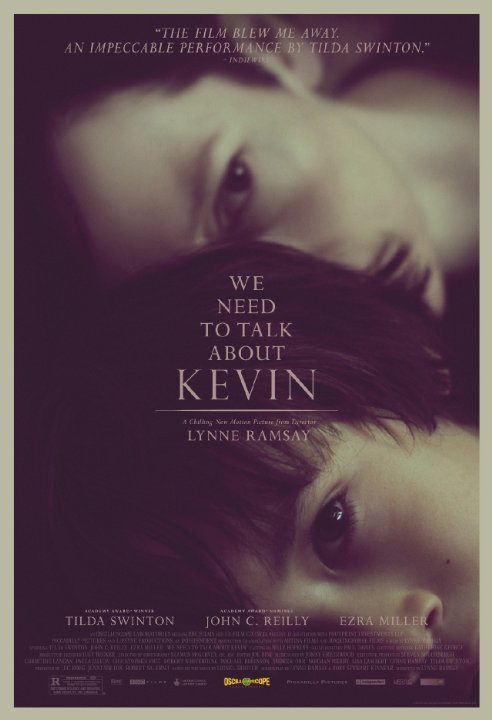 Plot: A woman reaches out to her estranged husband to deal with her grief and sense of responsibility after her son goes on a school-shooting rampage. -- Chris Kavan

The film is about a woman reaches out to her estranged husband to deal with her grief and sense of responsibility after her son goes on a school-shooting rampage. This movie started of strange and slow but as the movie went on the film got darker and shocking towards the end.

Told exceptionally well. First time in several months I have seen a unique drama with excellant character development. What I liked most was how it wasn't too political or preachy. Tilda Swinton was outstanding. True drama fans must check out this flick and add it to your top movies of 2011 list.

Itâs a shame many independent films never get the same exposure as offerings from the major movie studios. Most âIndieâ movies never make it to the local cinema, and have to rely on popular buzz from venues like Sundance to get an audience. Unless youâre fortunate enough to catch the film at the nearest art-house theater, it will likely get lost in the shuffle of all the titles thrown at you from the pay-per-view and Netflix listings. Iâve reviewed a number of these kinds of films since starting this blog (âMementoâ and âFrozen Riverâ come to mind) and Iâm always on the lookout similar works to share with those of you who also want to experience something that is unusual and outside of the norm of the standard Hollywood fare.

I had read a short description on âWe …

No posts have been made on this movie yet. Be the first to start talking about We Need to Talk About Kevin!