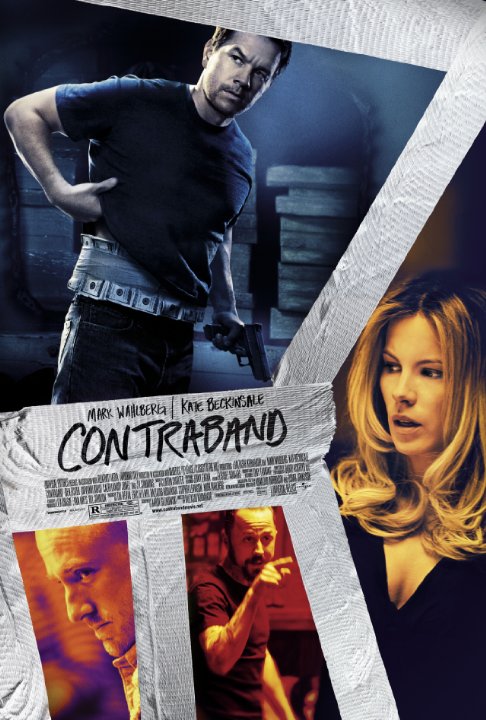 Plot: A one-time smuggler, has gone straight as a security guard. But when financial troubles threaten to bring him down, he may return to his old ways when an associate presents him with a lucrative opportunity. -- Chris Kavan

Bad, boring, not very enjoyable and not worth going into detail for it, I'm reviewing this because well just to keep a update that's all. Saving my energy for my new full upcoming review.

Almost a complete rip off of Gone in 60 Seconds. Except for the general lack of sports cars. Also J.K. Simmons accent is really bad.

I thought this movie was really good. I like how the movie wasn't just filmed from the main character's camera. It was more philosophical than most action-adventure movies. very good. The ending was good as well.

An ex-smuggler-gone-straight-family man Chris Farraday (Mark Wahlberg) must pay for the sins of his foolish brother-in-law Andy (Caleb Jones) who gets tangled up with Tim Briggs (Giovanni Ribisi), a vicious drug dealer. Chris finds himself taking on a major job in order to clear Andy of his debt and keep his family safe. Best friend Sebastian Abney (Ben Foster) is asked to take care of Chris's family after Briggs and his thugs threaten them. Unfortunately for Chris, things don't go quite according to plans. Lots of twists and Chris soon discovers that his enemy is actually a lot closer than he thinks.

Despite the film's flaws, Ben Foster and Giovani Ribisi manage to stand out, J.K. Simmons delivers a good performance as Captain Camp, a crusty and tough cargo ship captain, Mark …

Chris Farraday (Mark Wahlberg) has quit being a smuggler. His wife's Kate (Kate Beckinsale) brother Andy (Caleb Landry Jones) smuggled drugs and mobster Tim Briggs (Giovanni Ribisi) wants this to be settled. Overloaded figures with lack of character development, direction somewhat dizzying because of the jerky camera movement and the usual formula for a heist weakens the film tremendously. Ribisi was surprisingly chilling, the rest just uninteresting. Wahlberg is more suited for support roles in this critics opinion, being the lead feels iffy, such as Shooter. Action sequences were authentic and Foster is always solid. Truckloads of swearing and violence even with the scenes with kids. It's conclusion was unsatisfying though the soundtrack matched the premise. Plot was all over …

Mark Wahlberg is on my top 10 actors of all time list for a reason, no not solely on his acting skills which are a tad just above average in my books it's becuase he #1 picks only from the coolest of scripts #2 has a very cool presence on screen expecially as a tough guy. His performance in 'Contraband' is no exception to all of those reasons. This is the very fist film i have seen from director Baltasar KormÃÂ¡kur so i cannot say much about other film projects he has done prior, however i will say that i look forward to when he directs Wahlberg once again in the upcoming '2 Guns' that is due out in 2013 which co-stars another of my top 10 list actors Denzel Washington. His directing style reminded me slightly of one of my top 10 directors Martin Scorcese (i said slightly) The casting …

No posts have been made on this movie yet. Be the first to start talking about Contraband!