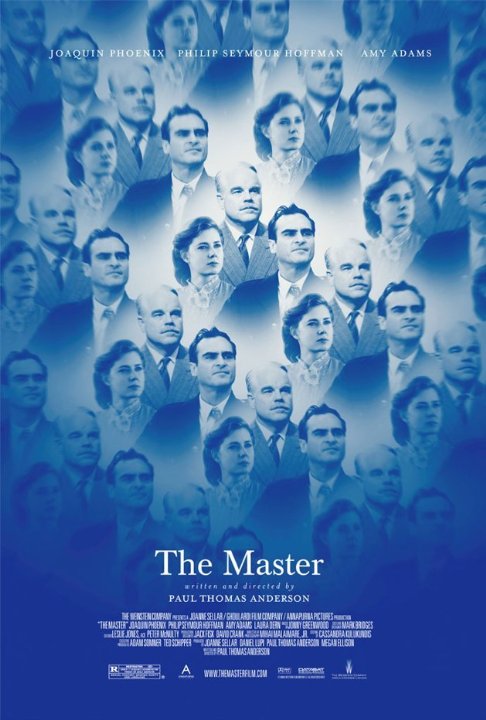 Plot: In the 1950s an intelligent, charming man known as "the Master" begins a faith-based organization that soon sweeps across America. A young drifter falls in with him and soon finds himself as his right-hand man. -- Chris Kavan

It may not be a purposeful experience for everyone, but "The Master" is a well-acted smart drama that can be reasonably applied to the modern age of spiritual hunger.

Solid performances but I think the film suffered how they would actually connect every character's story. The subplots seemed not to fit perfectly on the over-all idea of the film, but then again, very good acting from everyone.

When I first watched The Master I didn't really like it that much. I thought the movie was slow and kind of dull on my first viewing, but after re watching it for a second time, I really liked this movie and the film did grow on me after awhile. Joaquin Phoenix, Amy Adams and Philip Seymour Hoffman were absolutely brilliant in this movie, as I think this is the best I've ever seen from them. The cinematography was perfectly shot, the writing was great and Paul Thomas Anderson directing was superb. The Master is a work of art.

PSH is The Master!

What I felt this film captured best, was how an extremely charismatic person can construct a family oriented environment, and attract people who are looking to fill a familial void. Lancaster Dodd (Philip Seymour Hoffman) is the consummate patriarch and champion of âThe Cause,â seducing Freddie Quell (Joaquin Phoenix) with his philosophical teachings. Lancaster is a father, brother, and messiah to Freddie, a wandering WWII Veteran with no wife or children.

As part of the movement, Freddie can marry and have a family of his own. With the promise of a new life, Freddie is totally devoted to Lancaster. But even this is not enough to placate the angst that Freddie constantly endures over his past lover Doris Solstad (Madisen Beaty), and a restless spirit heâs inherited from …

A MASTERful work of art.

A very enigmatic film, most people don't know how to feel about The Master. I am a huge PTA fan myself, and films such as Magnolia and There Will Be Blood have greatly inspired and influenced me.
The Master took me totally by surprise. This is a gorgeous, poetic and serene film, that has been completely overlooked by the Academy.

Joaquin Phoenix and Philip Seymour Hoffman were robbed of Best Actor and Best Supporting Actor this year. Two awe-inspiring performances; these two men talking in a scene felt like magic.
Paul Thomas Anderson's direction is mesmerizing. There is not a single shot or frame in this film that seems out of place, it is crafted and polished to perfection, possibly the best looking movie of 2012 (yes, surpassing The Avengers and The Dark Knight Rises).

The Master is Brilliant

The Master is my favorite film of 2012 (Beasts of the Southern wild comes in at a close second,) so there you go. Iâm personally really sad that this movie hasnât got that much recognition. It got a lot of hype as an Oscar contender when it was first released, but was soon forgotten, why? Why did everyone forget about this brilliant film? I personally loved it.

The movie is about a disturbed man who falls in with a religious cult and his relationship with the leader of said cult. Iâm a huge Paul Thomas Anderson fan, and honestly think that heâs the best filmmaker working today, and while the master isnât his best itâs one of his better films.

The acting is wonderful, that goes without saying, but the film itself is haunting, it lingers on the mind. The way The …

I think the movie is solely a piece about the main character Freddie and also his relationship with Dodd. &amp;nbsp;I found the best scenes in the film are the ones that they share together, just the two of them. &amp;nbsp;Freddie does go through some sort of psychological progression, but I never understood where he ended up. &amp;nbsp;I didn't feel that I was with him on his journey to better himself, but rather watching it from a distance and trying to study it. &amp;nbsp;To me, the final scene is &hellip;

For anyone who has seen this, I would be interested on what you thought the overall message of this movie was about. My ideas are summed up in my review - but I'm interested to see how other people saw things through their point of view.

Even amongst the indie circuit or film fest circuit or whatever you want to call it, Hyde Park on the Hudson has been getting decidedly mixed reactions. But it's the exact kind of movie that Oscar loves - I expect nominations but the split amongst critic will probably not lead to wins.

Hyde Park on the Hudson looks like it could be not good. Similar to my week with M, right? I mean it was OK but disappointing on what it could have been.

Let's see: historical/biographical drama featuring a president and royalty - well-respected actors - British people... I'm guessing this will probably make an appearance as well, though these kind of films always leave me a little cold - even if it looks like this one involves at least some humor.