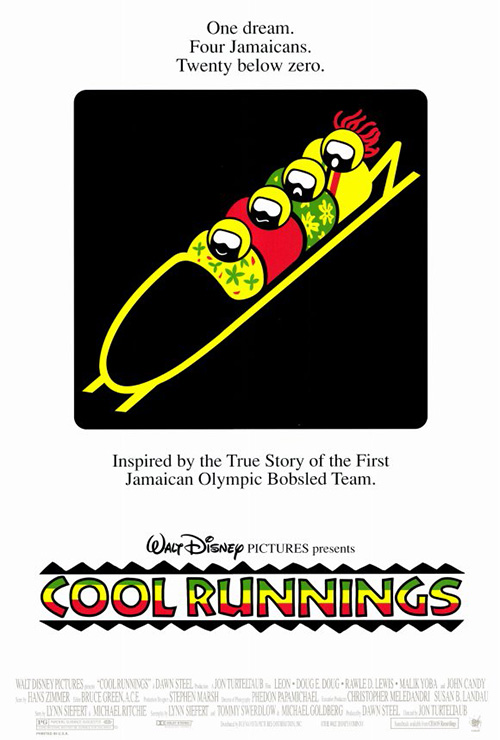 Plot: Based on the true story of gold metal Olympic bobsled coach, Irving Blitzer (John Candy). After being eliminated for cheating, Blitzer moves to Jamaica to live out his life in shame. Jamaican sprinter, Derice Bannock is disqualified at the Olympic trials after being tripped by another runner and Bannock and Blitzer become unlikely partners. Together they create the first Jamaican Olympic bobsleigh team. -- serioussir

Yes, it's corny. Yes it's cliched. But you can't help but warm to the hugely likeable characters, especially the big man himself.

Kind of inspirational, but then it is Disney so you know it's completely sanitized and way too feel-good in the end. Still, it's a nice story and is based on reality, so grab the family, sit back and have fun with it.

Good cast, decent story and some laughs. Not a bad Disney flick.

Disney movie loosely based on a real story

With out John Candy this movie wouldn't have done nearly as well. John Candy did a fantastic job portraying the Team's coach, Irv Blitzer, who had won a Gold Medal in Bobsled at the Sapporo Winter Games in '72, but was disqualified for making illegal modifications to his sled. Leon, Malik Yoba and Doug E. Doug all did great work in this film. The part I liked was the ending after the crash where the team picked up their sled and walked across the finish line. This movie showed what the spirit of the Olympics is really all about. While a lot of this movie is touched up to make for a funnier story line the end results are based on the true story.
All in all this movie is fun, and it is one that I would recommend to anyone that wants to see some classic John Candy.

No posts have been made on this movie yet. Be the first to start talking about Cool Runnings!