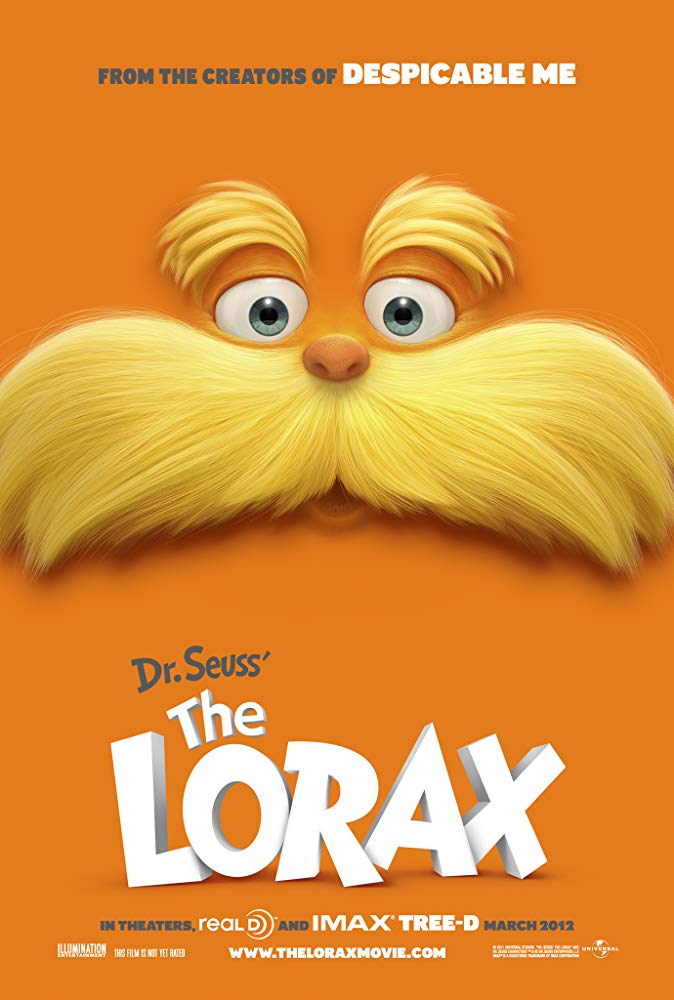 Plot: Based on the book by Dr. Seuss - A tale of greed vs. environmentalism as a young man leaves his industrialized city in order to show his girlfriend a tree and seeks out the Once-ler who tells his tragic tale of Thneeds and the Lorax who tried to stop him. -- Chris Kavan

Pretty Clean The Lorax has it's issues, But I think Illumination made a fairly unique retelling here. Rating: Fresh

Illumination turns Seuss' parable into an ugly animated product, undoing the anti-consumerist and pro-environmentalist messages of his book.

Okay a new DR. Seuss movie so let's go. the Lorax. okay this movie came out on march which I didn't get a chance to see it but now I have seen it today so let's go.the movie had one of the best animated effects of the year so far and that's it.

When Are We Going To Get A Good Suess Film?

Another Dr. Suess adaption. I say this without enthusiasm or disappointment. Dr. Suess films are usually just mediocre, nothing to get excited over. However, they make a lot of money. Thus, we get the movie adaption of "The Lorax."

I won't lie, I've never read The Lorax, nor do I know anything about it, aside from it's environmental message. But I can tell this film really stretched the source material. Even with the extensive (and uninteresting) chase scene, even with the half-dozen of musical numbers (only one of which I really enjoyed), and even with the additional characters added, the film has a relatively modest running time.

The Lorax isn't that good, unfortunately. It has strengths, but it also has a lot of weaknesses.

For one, it seems The Lorax has no imagination …

There are two things guaranteed to lure me into seeing a movie; the first is humor, preferably of the snarky and sarcastic variety---and secondly, animation. I feel quite certain that movies like âDespicable Meâ and âMegamindâ were, in fact, written more for people like myself than any child that might see them. So I was completely in my element this weekend when I checked out a showing of âThe Loraxâ---which is coincidentally directed by the same clever people who came up with âDespicable Meâ, one of my all time favorites.

THE GOOD: I know this will probably take a lot of you by surprise, especially since I am the mother of three and am practically as old as Dr. Suess himself---but I have never read the story of the Lorax before. I had no idea the man was such an …

No posts have been made on this movie yet. Be the first to start talking about Dr. Seuss' The Lorax!