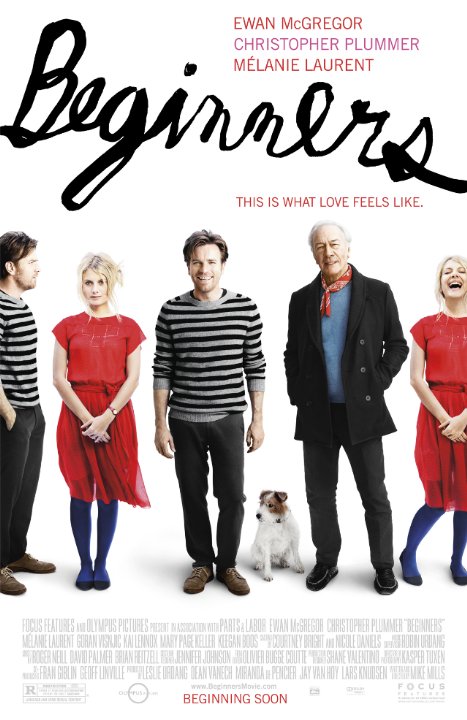 Plot: A young man must deal with two bombshells that have been dropped by his elderly father: that he has terminal cancer, and that he has taken up with a young, male lover. -- Chris Kavan

This dreary comedy and aloof drama failed to reach me.

The story is about a young man must deal with two bombshells that have been dropped by his elderly father: that he has terminal cancer, and that he has taken up with a young, male lover. This movie has incredible acting and directing and Christopher Plummer at his best in this movie.

A mix between sadness, comedy and hope, these flashback interconnection shows us to Oliver, who is thinking about his relationship with his father, a beginner gay, and his mother. After his father dies He meets Anna, an insecure girl with the hurts of the broken relationships and with a emotionally unstable father. Despite such fears and pain, they decide keep together. A quiet, warm and personal movie, so sad for moments but with flashes of hope.

Quietly Moving, Thanks to Christopher Plummer

This is a thoughtful and calming film about relationships that doesn't try to hard to hit home and, yet, still does. The film is anchored by its characters; Ewan McGregor and Melanie Laurent share a fractured relationship that has the authenticity of new love, and Christopher Plummer gives an Academy Award deserving performance as a old gay man, drifting into senility, but still trying to explore and enjoy his newly embraced sexual orientation. The film wisely isn't about anything related to gay rights and is more about the repairing of relationships between a father and his son. I'm usually not a fan of expositional voiceover, but it works here, as a connecting bridge of narrated humor and a device that shows that McGregor is frequently lost in the memories of his father and mother's …

Top 25 Films of 2011 by CarnivorousCouch

No posts have been made on this movie yet. Be the first to start talking about Beginners!