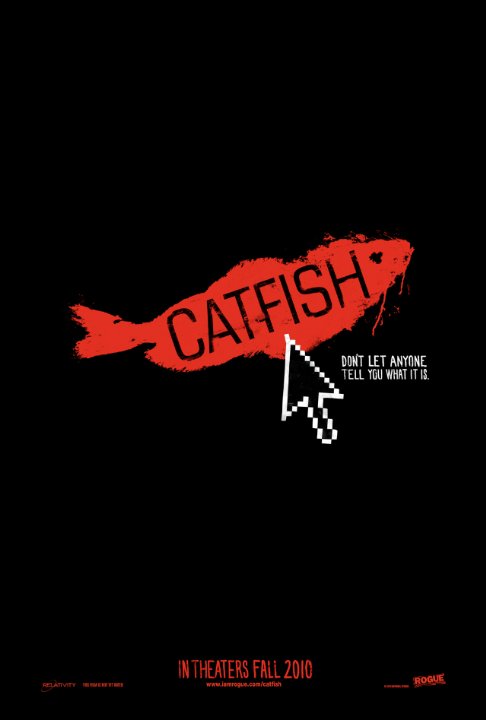 Plot: Nev is a young man who develops a crush on a girl he has met online and talked to on the phone a few times. His friends film the whole experience when Nev decides to travel to her house to meet her. Afterall, everyone on the internet is who they say they are, right?

The whole time I was watching this flick I kept expecting it to turn into a horror flick or something & some things were just to weird to be true so I started wondering if this documentary was real or not.Still this is exactly the reason why NOT to meet people off the internet

A frighteningly unsettling film about the chance encounter of these very intricately-weaved personalities, "Catfish" is an obituary of the times when trust was second nature, and is a looming and effervescent soliloquy of our modern age. What struck me most about "Catfish" was how easy the deviant behavior was to swallow and how strange it all really was - I should have been more shocked, but unfortunately, I was simply stupified about the uncovering of such atrocities and the complexity of this labyrinthine dual lives. A great watch!

A mystery with subtle suspense and an emotional revelation. It's story of online relationships is relevant and the question of whether this documentary is real or not has had everyone continuing to talk about it.

Provoking but rather counterproductive

Not really sure what to think about this documentary - fake or not, it is provoking. Haven't ever had such online relationships, and never thought of lying online to anyone either if different name for a sake of anonymity doesn't count. While watching the movie, I felt at the same time scared, puzzled and embarrassed - scared because the fact you do not know really with whom do you communicate when online (on the other side might be a psycho, how to ever be certain that he/she won't ever track you down to your door?), puzzled because I do not understand why would somebody smart, gentle and handsome (not my type, but certainly is for many women, especially in NY) seek a virtual relationship, and embarrassed because I felt like I'm peeking into someone's intimacy, which this certainly was …

Here's a documentary about the world of online social relationships that starts out as a love story and ends up as a detective mystery. Nev, a 24-year-old New York-based photographer (and brother to the film's co-director), meets online an 8-year-old girl from rural Michigan who sends him a painting she made of one of his photos. Nev begins a friendship and correspondence with the girl's family and even develops a cyber-romance with her attractive older sister, a musician and model. But some things about the family don't ring true, and Nev, his brother (Ariel Schulman) and co-director Henry Joost hit the road in search of the truth.Doubts have arisen as to how much of "Catfish" was planned from the outset (it does look like there were staged scenes along the way), but truth be told, …

I'm really torn on this one. There's an interesting story here as a young man discovers that his online friendship with a whole network of people eventually unravels to something he didn't expect it to be. Without spoiling anything (though it doesn't take a genius to figure out what's going to happen), there is a good build-up to a climax here that's rewarding in its payoff.

But that's just it - it feels too much like a STORY and not something that really happened. I've seen a lot of documentaries, and things just happen too perfectly here for someone "creating" a documentary. The first half hour seems incredibly fake. Seriously, what "filmmaker" decides they're going to create a documentary about their friend's online friendship with someone else? That's not interesting at all! While …

Favorites of 2010 by Austin Shagwell

No posts have been made on this movie yet. Be the first to start talking about Catfish!