Bring It On Movie Information 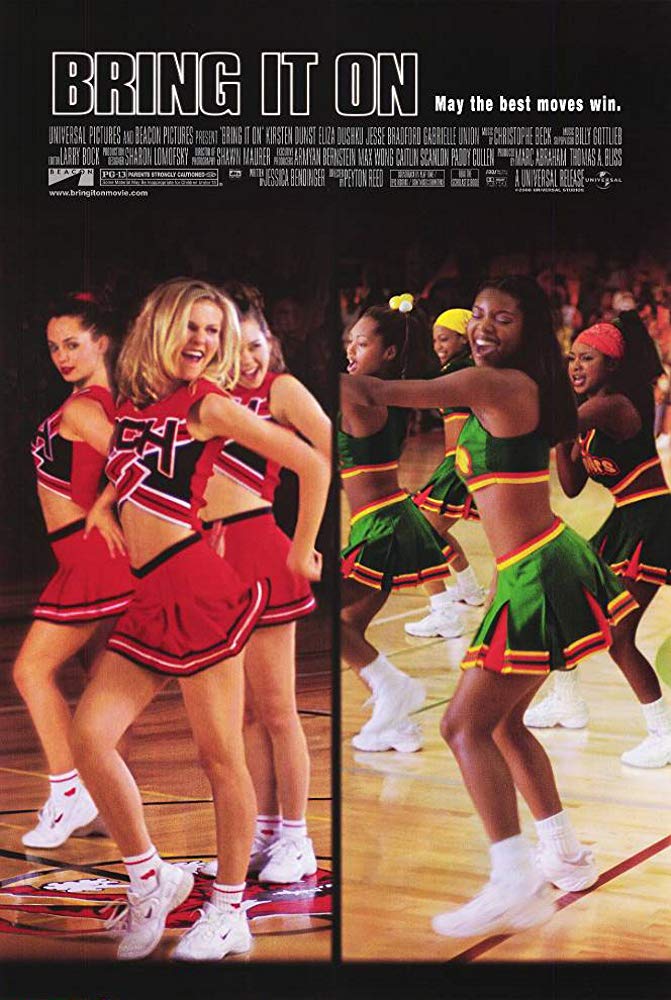 Plot: A championship cheer-leading squad in San Diego must come together as a team when they learn all their winning moves were stolen from an inner-city East Compton school. When the two teams meet in competition, the sparks really fly. -- Chris Kavan

I would just pass it off as a movie for teen girls, but it did make me laugh a few times.

Once you accept it for what it is, Bring It On is a surprisingly witty and often very funny look into the catty world of high school cheerleading. Of course, it's saddled with the usual sports cliches, but the writing is above average and the acting spot on.

Bring It On was funny in some parts, but mostly boring and old. The story was good, but lacked that little extra push that it needed in order to be great. The characters were alright, but some didn't seem realistic at all. I loved the dancing and routines in the film, but I felt like I was watching my own high school cheerleaders, which isn't always a good thing. When I watched Bring It On, there were parts I enjoyed, but most of the movie was old. The drama reminded me of high school, when the entire reason I watch a movie is to get away from things I don't want to think about. Overall, Bring It On was fine, but I didn't like it. Anyone that didn't have problems with their high school might like it.

Dunst & Dushku in a fun movie about cheering!

Bring it On" stars Kirsten Dunst as Torrance the new captain of a champion cheerleading squad who is dating the college bound Aaron (Richard Hillman). Things are going great until she meets new girl Missy Pantone (Eliza Dushku) who tells her their cheers have been stolen from the Compton Clovers, a poorer-class suburban school, and they would be competing in this yearâs cheer competition. Torrance, must now find a new routine and prove to themselves and their counterparts that they can do an honest job. The main attraction, of course, is the eye candy. The viewer gets over 90 minutes of Kirsten Dunst and Eliza Dushku in cheerleader outfits. (There's even a bikini/car wash scene.) This is one of those movies that you can watch over and over again and …

No posts have been made on this movie yet. Be the first to start talking about Bring It On!