Born on the Fourth of July Movie Information 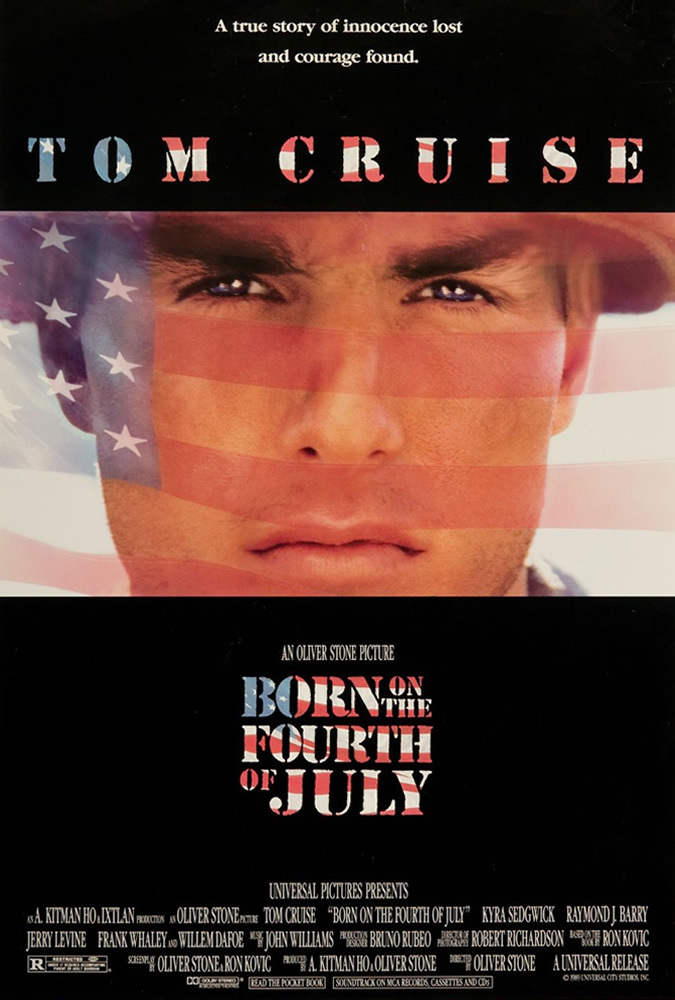 Plot: Ron Kovic is a young man graduating high school during Vietnam war when he decides to enlist in the military. After his injury he is shocked with the treatment of war veterans but quickly learns the truths to the war as he fights for peace.

"Born on the Fourth of July" is not the only anti-war film out there, but it's easily the hardest to watch.

Tom Cruise plays a young man graduating high school during Vietnam war when he decides to enlist in the military. After his injury he is shocked with the treatment of war veterans but quickly learns the truths to the war as he fights for peace. Oliver Stone the director of Platoon makes this movie so dramatic and so powerful. Tom Cruise is so freaking good in this movie and I almost cried during the movie because of his character journey.

Tom Cruise gives one of his best performances, with a dark and lonesome portrayal of a struggling war veteran. The film drags at sections, but, at least, Oliver Stone abandons most of his knack for controversy to tell a straightforward and poignant story.

Born on the Fourth of July is unique as Vietnam film as it is more focused on the lives of men who fought in it, but before and after the war. It is not a film about combat as much as it is a film about the lasting effects of combat. Regardless, Born on the Fourth of July is as emotional as any of the Vietnam films and provides a thorough portrait of an American hero, Ron Kovic.

Born on the Fourth of July is about Ron Kovic (Cruise), a patriotic and idealistic young man who enlists in the Marines during the Vietnam War in order to fight the spread of communism and serve his country. He finds himself on the front lines in Vietnam, where he is eventually wounded, but not after accidentally killing a fellow Marine. Kovic is paralyzed from the chest down after his horrific injury. …

"Born On The Fourth Of July" by Yojimbo

A biopic based on the life of Ron Kovic, an idealistic poster boy for the American dream who volunteered for Vietnam only to return home to a different world both traumatized and paralysed. I've never been a big fan of Tom Cruise, but he gives the performance of his career as the Vietnam vet who became the spokesman of a disenfranchised generation. Being based upon Kovic's own book the film is a very personal journey and as such is a little episodic, often resembling one of those "triumph of courage" daytime telemovies rather than the overt politicism of many of Stone's other films of the time. It also limits his Vietnam experiences to the bare minimum which means that it lacks both the context and outright anger of Salvador and the emotional drama of Platoon leaving something of a half …

No posts have been made on this movie yet. Be the first to start talking about Born on the Fourth of July!