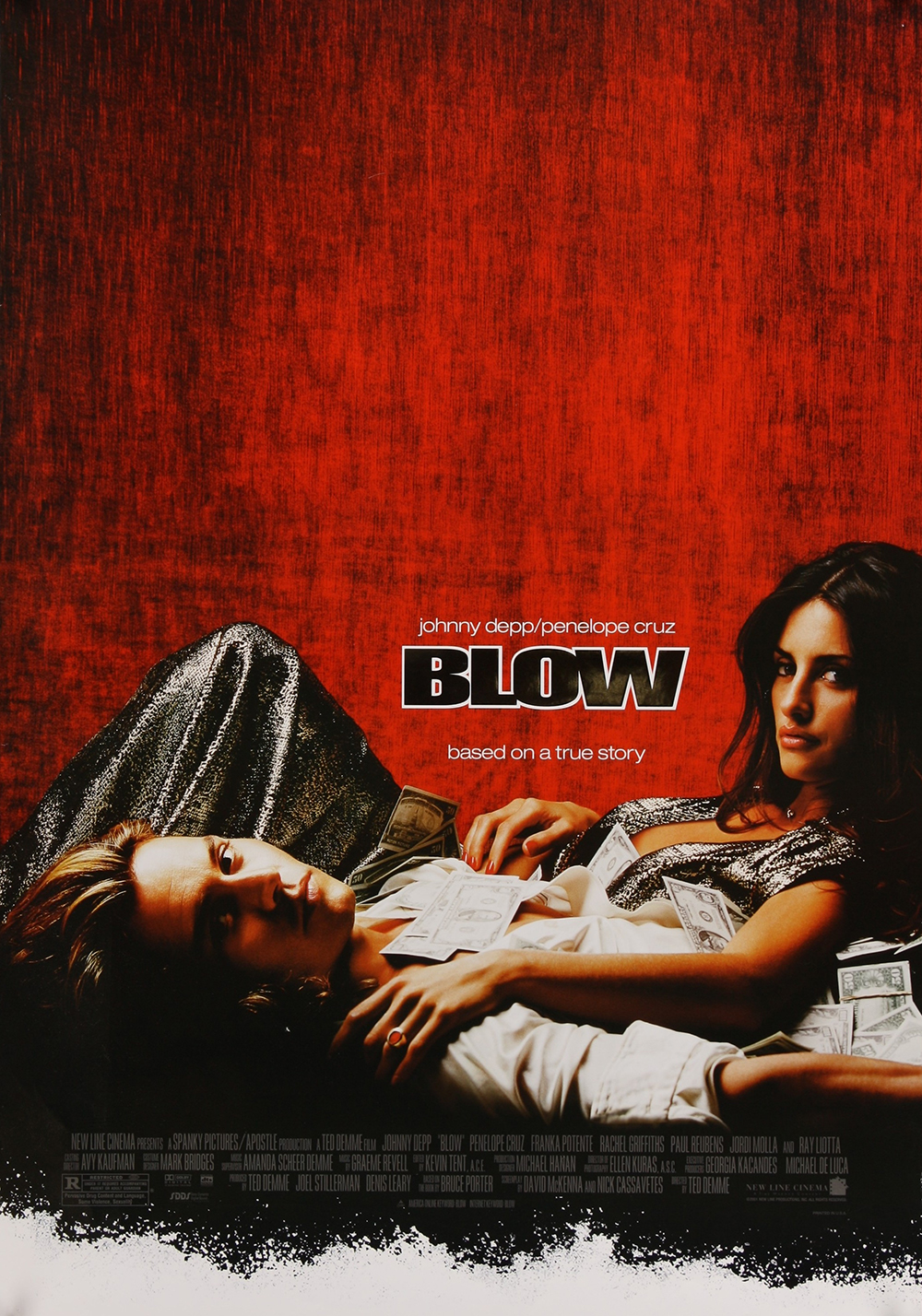 Plot: A small time guy becomes a big time drug dealer in California. Based on the true story of George Jung who brought cocaine to the forefront of Hollywood.

Johnny Depp navigates the dangerous world of cocaine trafficking as real-life drug dealer George Jung. Itâs not badly acted but itâs not quite as suspenseful as it wants to be. Oddly the most interesting subplot is Jungâs recurring efforts to please his disapproving parents (Ray Liotta, Rachel Griffiths).

This is in my Top 25 favorites. So I might be very biased when I say that this movie is highly underrated. This movie is a more realistic and MUCH MUCH MUCH better Scarface. Characters, that are developed and entertaining, carry us through this amazing true story that has you gripping to your seat. Throughout the movie I found myself fully engaged with Depp's, George Jung. Cruz punches just as hard of hit as Depp with her character. The violence, the comical relief, the drug business, and every character you run into is well thought out at fits perfectly into place with the rest of the story. A Top-100 greatest movie contender in my opinion. High Re-watchability

Quick, flashy, stylish true-crime drama that takes a page from Scorcese's book. Think 'Goodfellas', minus most of the murder and F-bombs, and add lots more drugs. It's an entertaining watch for those reasons. The drama doesn't hold much weight, due to the thin characters. Good acting and competent directing lift the material.

Very cool film that depicts real life drug dealer, currently imprisoned currently to be released in 2014, George Jung (Played in the film by Johnny Depp) who along with the rest of the Medellin Cartel that he belonged too,basically started cocaine distribution in the U.S. We start out seeing Jung as a small boy who lives with his parents his father Fred Jung (Ray Liotta) who he has a bond with as they both deal with his here today gone tommorow back again mom Ermine (Rachel Griffiths) all the way up to starting to traffic, whilst living on a California beach, along with his freinds ...marijuana which eventually Jung was imprisoned for. During his incarceration he meets cellmate Diego(played fabulously by Jordi Molla) Diego upon hearing him in a prison classroom where , to get his …

Johnny Depp is a favorite actor of mine and here he is positively convincing as notorious drug dealer George Jung who is sentenced to prison for life. Jung was one of the first to bring Colombian drugs into the United States in large amounts. The movie traces his rise from a beach bum selling joints to an international cocaine kingpin who develops an efficient network of contacts. Johnny Depp as Jung dominates almost every scene. However, his character did not seem ruthless enough for a top dealer. I don't believe dealers at that level are as charismatic and personable as he is in the film. Nevertheless the one thing that separates this from other films of similar ilk is that we actually learn to love George. When things are going bad for him, we share his pain.

Over the span of just …

The life of drug dealer George Jung is the subject of another engaging performance by Johnny Depp. The film has a lot of things in common with Goodfellas; the true life story of a man's life of crime, the voice-over, the way the story darkens once cocaine appears on the scene. It even cheekily casts Ray Liotta and a Lorraine Bracco look-alike as George's parents. The main difference is in the tone; it has a gloss that skims over the moral implications of Jung's actions, portraying him as a charming and likeable entrepreneur and never showing the results of his criminal activity. As such it lacks the power and grittiness of both Scorsese's masterpiece and Traffic. Moral implications aside though, it's a well written, well acted and enjoyable tale with a nicely poignant ending.

No posts have been made on this movie yet. Be the first to start talking about Blow!