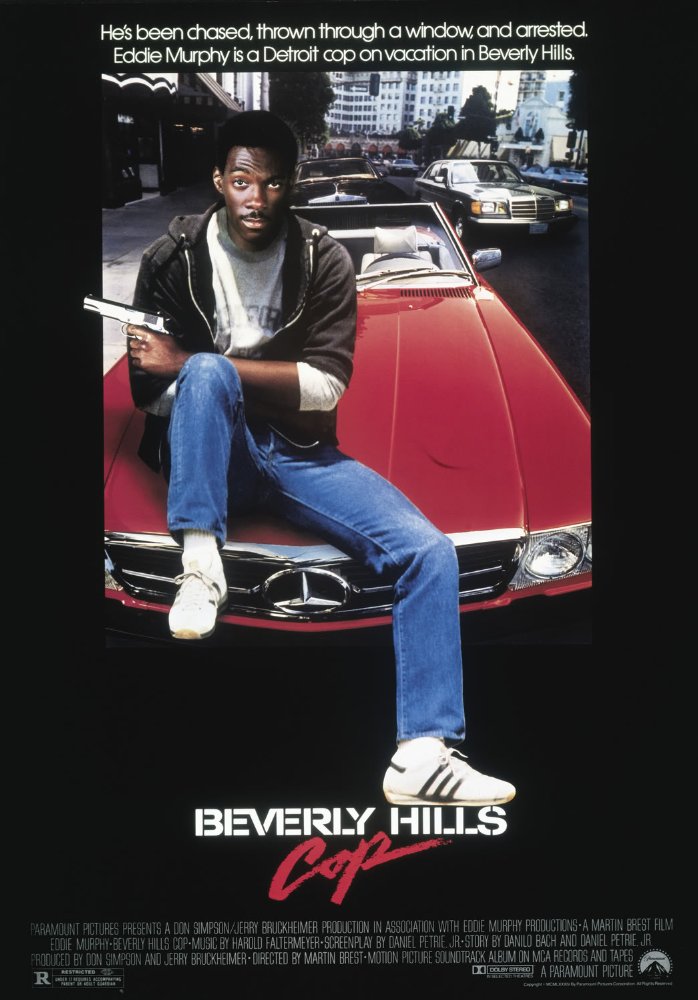 "Beverly Hills Cop" thinks it's this edgy and wild cop comedy, but it's not. It's incredibly slow, dated, and tryingly short on laughter.

On the movie poster they said it is a edger,action, popcorn 80's movie,I did not get all of that watching the movie just a boring no-action 80's movie.

A streetwise cop from the projects of Detroit goes to Beverly Hills to investigate the execution-style murder of a childhood friend. Beverly Hills Cop was one of the first wave of 80s action-comedies that conquered the American box office and is still a formula followed to this day. It's the story of a stranger in a strange land as the kid from the ghettos is amused and bemused by the playthings of the idle rich while seeing how the other half live...kind of a cop version of lifestyles of the rich and famous. There's actually very little to it; the plot is little more than a simplistic collection of cop show cliches and the film relies entirely on Eddie Murphy's smart-mouthed charm. The jokes aren't particularly witty or even funny and even the action is very thin on the ground; what …

"Beverly Hills Cop" is an action comedy that still holds up. Eddie Murphy is at his best when he is forced to improvise in difficult situations. Murphy's irreverent "bad cop" is nicely balanced by the "good cops" in Beverly Hills, especially John Ashton and Judge Reinhold. Steven Berkoff plays the icy drug smuggler, and is also a nice foil for Murphy. The weak link seems to be Lisa Eilbacher, who turns in a limp performance as a character whose only role seems to be to get Murphy access to the smuggler's warehouse.

The film earned a SmokeScreeners Rating of 4 Butts for smoking content (http://tinyurl.com/cwslf9), due mostly to an early scene in which Murphy setds up a sting operation using black market cigarettes. It looks like plenty of product placement money was spread around …

No posts have been made on this movie yet. Be the first to start talking about Beverly Hills Cop!