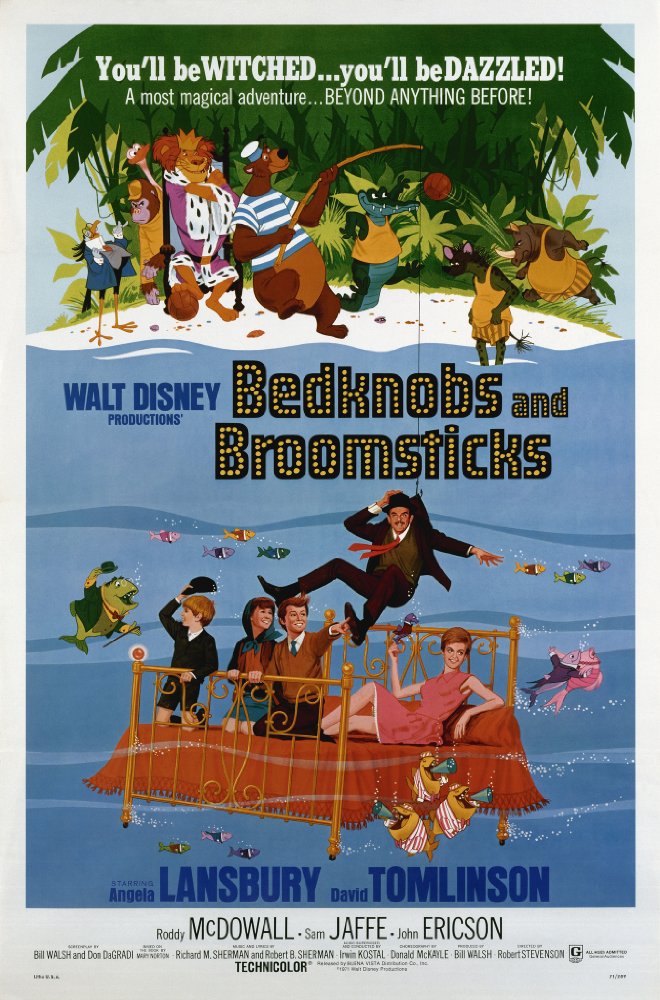 Plot: During WWII, witch Eglantine Price (Angela Lansbury) aims to use her new-found powers to ward off a Nazi incursion of England. But she's saddled with a trio of refugee siblings from London who need her protection. To win them over, she pulls off an assortment of tricks and takes them on a fantastical adventure to the Isle of Naboombu.

Disney's own repeat, of sorts, to Mary Poppins. Not as great, but still very enjoyable. A fun mix of live action/animation, special effects, music and comedy.

Way Too Long, Way Too Dull

Bedknobs And Broomsticks is rather obscure when compared to Disney's other films. This isn't a bad thing, though, considering most of Disney's other films are far superior to this overlong production. Lacking any excitement, or even laugh-worthy humor, Bedknobs And Broomsticks has little appeal to those over the age of 10, and even the youngest will likely be bored by the constant chatter and uninventive musical numbers.

Three children named Carrie, Charlie and Paul are temporarily adopted by Eglantine Price, whom they discover to be a witch. Ms. Prince gives the children a traveling spell, in exchange for keeping her secret, which allows their bed to teleport to any given location. The four also snag Emelius Browne- Ms. Price's witch teacher- into the adventure as well.

Top Films of 1971 by Neobowler

No posts have been made on this movie yet. Be the first to start talking about Bedknobs and Broomsticks!