Now that I have seen all of these movies I can safely say that this is the second best of the franchise- which might not be saying much considering that the other sequels were sort of redundant and silly. I just find these movies really entertaining, even if they just give me the same story over and over; for some reason, I don't mind.

I think fans of the original Scream will like this one - certainly better than the third entry. I has a lot of throwbacks to the original (and the opening is hilarious). The mix of old characters and new is appreciated and the story about how people get famous in a digital age is all too true in so many cases. Worth a watch for fans of the Scream franchise or horror in general.

Scream 4 goes back to its roots. Calls from Ghostface ensue while teenagers are murdered. Sidney Prescott (Neve Campbell) returns to Woodsboro promotes her book with Rebecca Walters (Alison Brie) while Gale Weathers-Riley (Courteney Cox) and Sheriff Dewey Riley (David Arquette) are having problems. Jill (Emma Roberts) and her friends are terrorized. Ghostface likewise kills Rebecca and is dropped to a media van. Charlie Walker (Rory Culkin) and Robbie Mercer (Erik Knudsen) explains how the killings will be made including a "Stabathon" party where Gale places camera's which were blocked by Ghostface. Trevor Sheldon (Nico Tortorella) claims to be invited in Jill's house. Ghostface appears at Kirby's house. The killings in this 4th installment of the picture was more gruesome. … 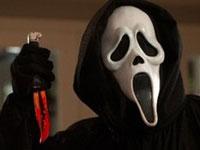 Meta Horror Flick that Amuses Throughout!!

11 years later after the last film, it's still worth a fun trip to travel back to Woodsboro and see who makes it out alive. And, the twist ending completely shocked me, I didn't see it coming. There is so much more comedy in this than it's predecessors which just makes it more enjoyable. It has a fairly slow pace to begin with but picks it up near the end making it much better. Reflections of the original installment can be seen with the characters of Robby & Charlie clearly being modernized versions of Randy Meeks. The killers (whose names I will not reveal) were very good, even if one was a bit too cruel. In one scene, you see Charlie taped to a chair outside the patio doors whilst Kirby is answering questions given by the killer in order to save him, this scene being a clear … 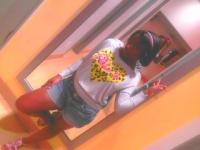 SCREAM really stepped it up. I loved this one out of all the scream's.....MUST SEE again.

I will be there on opening night, reliving the old days!