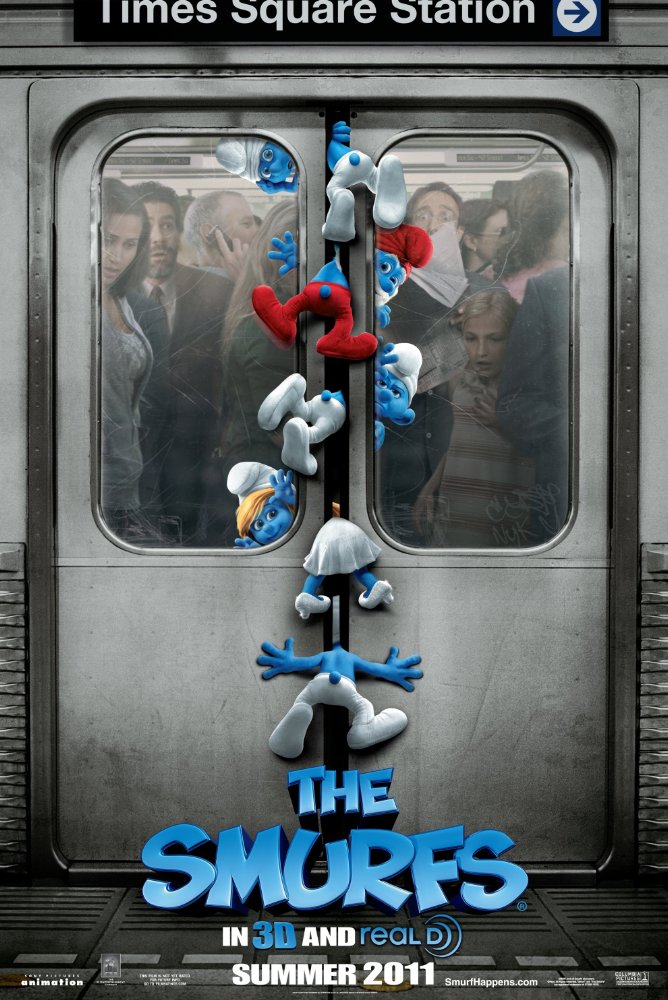 Plot: A nefarious plot by the evil wizard Gargamel has the Smurfs banished from their own village only to wind up in Central Park. Now the small blue creatures must figure out how to get back to their own world and escape Gargamel. -- Chris Kavan

Shamefully standard and cynical, the amount of product placement in this movie is jaw-dropping.

A nefarious plot by the evil wizard Gargamel has the Smurfs banished from their own village only to wind up in Central Park. Now the small blue creatures must figure out how to get back to their own world and escape Gargamel. This movie was just annoying and really stupid.

My son really enjoyed it for obvious reasons. It is a good movie targeted just for children.

When the evil Wizard Gargamel (Hank Azaria) chases the little blue cuddly Smurfs from their beloved village, a number of them are accidentally transported through a vortex from their hidden forest to New York City. Clumsy Smurf (voiced by Anton Yelchin) ends up inside a delivery box so his fellow Smurfs dash to his rescue, but end up inside a city apartment of married couple Patrick (Neil Patrick Harris) and Grace (Jayma Mays) Winslow. At first reluctant to have the Smurfs around, the couple soon learn to care for them and strive to protect them from the evil wizard (a gutsy performance from Hank Azaria who is clearly having a ball) and his cat Azrael who have also made their way to the Big Apple. The Smurfs is a fun and enjoyable family film. The smurf voices were good as well, …

Had a lot of heart and this reviewer used to love the cartoon version. The film however may have mixed reactions for the generation who grew up watching it. Patrick and Grace Winslow are having a baby. Papa Smurf, Smurfette, Grouchy, Brainy and Gutsy try to rescue Clumsy from humans. Itâs the story of the Smurfs as they got lost in New York, and try to find a way to get back home while Gargamel captures Papa Smurf. Pace of the story was a bit slow when Papa Smurf talks to Patrick and the plot was light as the cartoon episode. The film targeted kids since its humor was silly but the usage of the Smurfâs transportation and weapons were creative. Another reservation this critic has is the lack of character development, though it did explain the nature of the blue fellows, only a …

No posts have been made on this movie yet. Be the first to start talking about The Smurfs!