Austin Powers: The Spy Who Shagged Me Movie Information 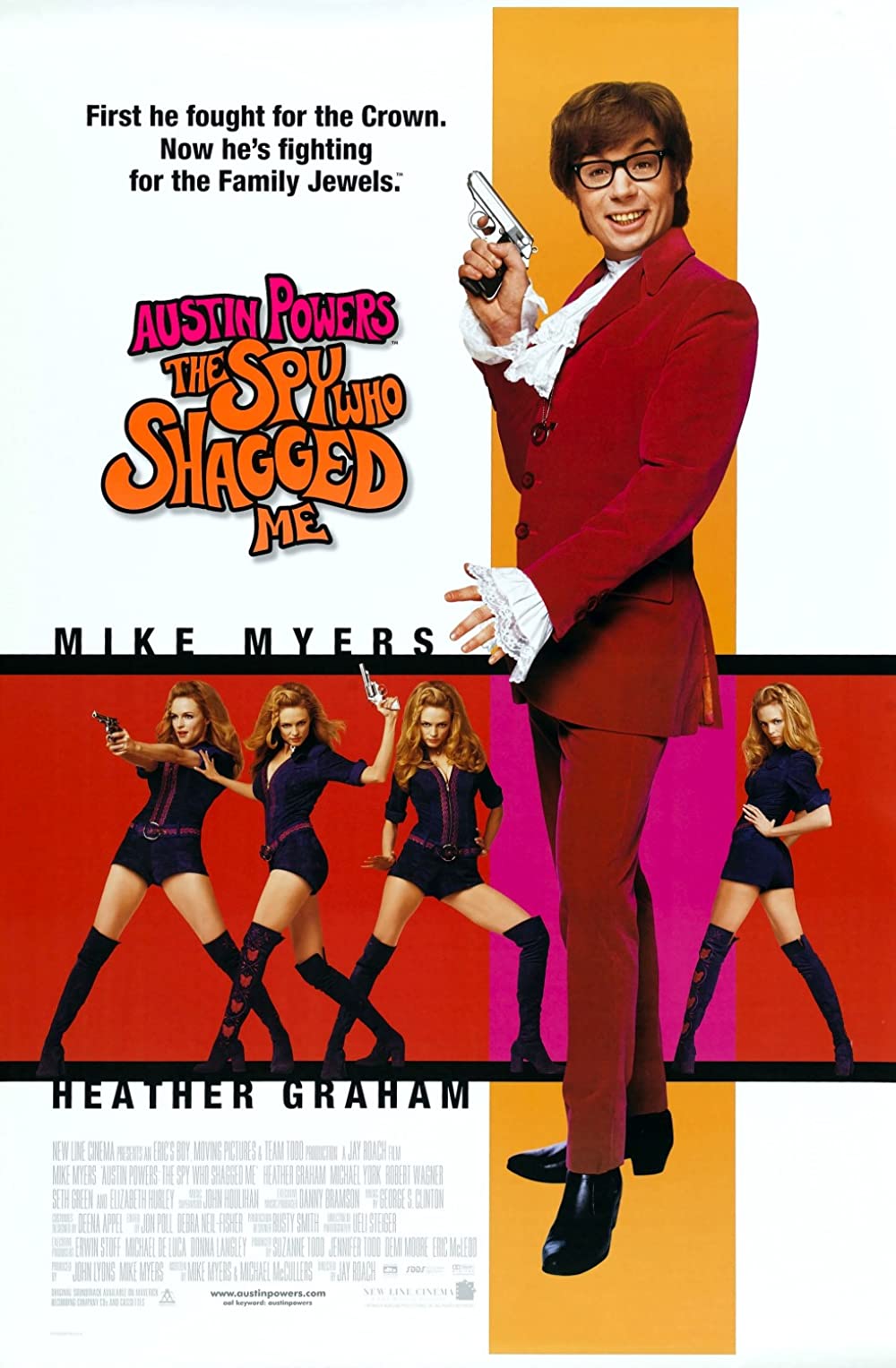 Plot: Dr. Evil goes back to the 60's to steal Austin Power's mojo and then makes a giant death ray that threatens to destroy the world.

This is a good sequel, though not without it's shortcomings. There is more low-brow humor and pop culture references, which have dated the film slightly. It's still goofy fun.

After the first film, the series kind of lost its steam. This film is amusing, but lacks the sharp satirical touch of the first film.

"Austin Powers: The Spy Who Shagged Me" by Yojimbo

The international man of mystery returns to be sent back to 1969 and recover his mojo which has been stolen by Dr. Evil in his plot to destroy every city on Earth with his deadly "Death Star". I don't know whether it's because jokes are never as funny the second time around or just because I was wasted the first time I saw it, but I remember this being a lot funnier than it is. It's more parodying of sixties spy films in general and James bond in particular, as Mike Myers throws the comedy kitchen sink at the idea with the same formula of silliness, slapstick and nob jokes that makes it feel very much like a modern version of a Carry On film. His scattershot approach means that it's never too long between lines that cause a smile but it's very hit and miss. Once more Myers seems to think …

Moments after the first movie ends, we rejoin British secret agent "Austin Powers" (Mike Myers) on his honeymoon, and after an intimate moment, he discovers that his wife is actually a "Fem-Bot" which is loaded with explosives. He is then thrust back into the swinging singles scene. But his celebration is cut short when his arch nemesis, "Dr. Evil" (Myers) returns.

"Dr. Evil" has a time travel device made, and he, along with his minature clone "Mini-Me" (Vern Troyer), goes back to 1969, two years after "Powers" was cryogenically frozen, to steal the swinging secret agent's mojo in hopes that it will render "Powers" powerless. But British Intelligence has developed its own time machine, in the form of a psychedelically painted Volkswagon Beetle, which "Powers" uses to go back in time …

No posts have been made on this movie yet. Be the first to start talking about Austin Powers: The Spy Who Shagged Me!