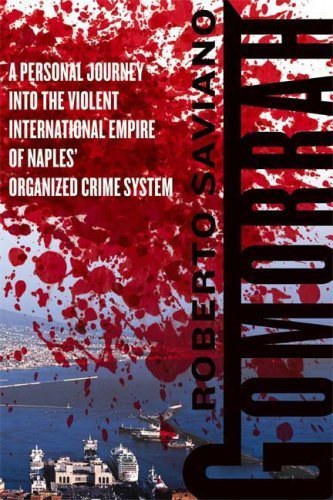 With interwoven characters and a convoluted, but gripping plot, "Gomorrah" gnashes at the audience like a rabid dog.

Great gangster flick but it seemed like it was over way to fast.Would LOVE to see a part 2

Billed as an expose of the Naples Mafia (the Camorra) and based on a controversial bestselling book, Gomorra is a superb gangster movie in the mould of "City Of God". Unflinching, brutal and incredibly powerful, this is a compelling and totally authentic look at a society dominated by corruption and violence. As realistic as any documentary, Gomorra doesn't desensitise or glamorise the mob rule prevalent in this movie, it shows it as a fearful, unsentimental and excessively dangerous place to be. No heroes, no villains, just ordinary people caught up in a web of an urban underworld there is no escape from...

A typical gang story than an epic mafia film loosely based on real events. The crimes revolve around central figures namely Don Ciro (Gianfelice Imparato), a middleman who distributes money to families whose clan was imprisoned, Roberto (Carmine Paternoster) who was hired by Franco (Toni Servillo) who ilegally dumps poison instead of waste, TotÃ² (Salvatore Abruzzese) who dreams of being part of the gang who deals drugs, a skilled tailor named Pasquale (Salvatore Cantalupo) and a pair of rambunctious gangster wanna-be's Marco (Marco Macor) and Ciro (Ciro Petrone). Personally, the best story presented was for Don Ciro since the scenes moved more compared with the other subplots.

The acting, locations and killings were so authentic because of the documentary style of filming. It had …

My Blu-Ray's: Criterion by Snoogans

I've seen this movie. I feel like i've missed the punchline to a joke everybody finds hilarious. I thought it started really well, but somewhere around the 3rd act mark, I began to lose interest. Its one i'll have to watch again at some point. But critically this film had such good reviews here in the UK.

Has anyone seen this?&amp;nbsp; It looks good and sounds like a mob story that we have been waiting for, for some time.&amp;nbsp; I added it to my list at least.