Drag Me to Hell Movie Information 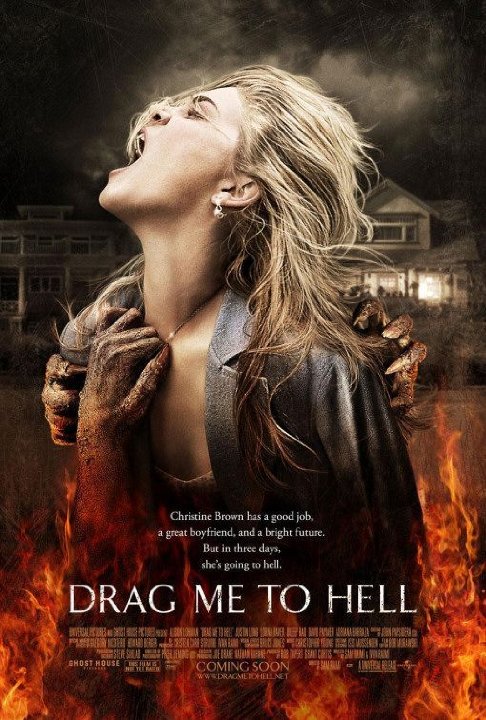 Plot: An ambitious loan officer is forced to evict an old woman from her long-time home. But the elderly, mysterious Mrs. Ganush won't go quietly: she places a curse on her - turning her life into a literal living hell. When it is revealed the only way to stop the curse is to pass it on to another person, how far will she go to rid herself of the curse?

Once you get past its inherent silliness, Drag Me To Hell is a cheerfully bloody and sometimes even humorous horror movie. Sam Raimi harkens back to the Evil Dead movies with the emphasis on supernatural horror and random bits of comedy.

Worst movie I have ever seen. Don't waste your time watching it.

Woehaa, I got a flash back here for a minute. It reminded me of the old days when I used to hire VHS tapes from the local video store with totally unknown, strange, low budget horror movies. Everything you could see in those movies occurs in this flick ... the tilting filming at critical moments (yep also used in "Evil Dead"! The mother of all horror movies for me), the meat maggots, the whirling autumn leaves, the plopping eyes, puking a dead cat, the arm penetrating a mouth.... etc.

Some scenes are just slapstick material: the scene in the car where old Mrs. Ganush loses her false teeth and then lies drooling on the lower jaw of Christine ... magnificent. Death Mrs.Ganush tumbling out of her coffin in such a way that the putrid drool runs over Christine's her face and she starts … 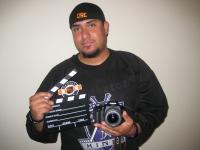 The return of the Raimis?

Director and Co-writer Sam Raimi returns too his horror-comedy roots only now with a bigger budget. The good news is most of Sami Raimi fans will be highly satisfied with "Drag Me to Hell". There is however, one very big disappointment: the ending. The movie's main character Christine goes through a great deal of pain and suffering thanks to the curse placed upon her in which she does everything possible to save herself. Sadly, the "twist" is too easily executed, although to it's credit, it might fool a few, but it is not strong enough nor shocking enough to really warrant the reason for the commonly labeled "silly ending". Another complaint is that some may find the characters a bit annoying and "moronic" and therefore some won't care what happens to them, some may even say Christine …

"Drag" Is the Word all right!

Alison Lohmann plays Christine Brown, a loan officer who longs for the position of an assistant manager position. She is hoping to get a promotion, but faces competition from another, a male employee. She wants to convince her boss that she is "tough enough" to take on the responsibilities of the new position. Christine gets her chance to prove herself a tough decision maker when an old lady named Mrs. Ganush (Lorna Raver) begs for a third extension to her overdue mortgage payment. Christine denies her the mortgage to seem more assertive and make a good impression to her boss Jim Jacks (David Paymer). But something's not right with the old Ganush crone, and after assaulting her in her car, Christine is cursed by the old woman to be sent to hell by demons within a few days. Now Christine, …

No posts have been made on this movie yet. Be the first to start talking about Drag Me to Hell!