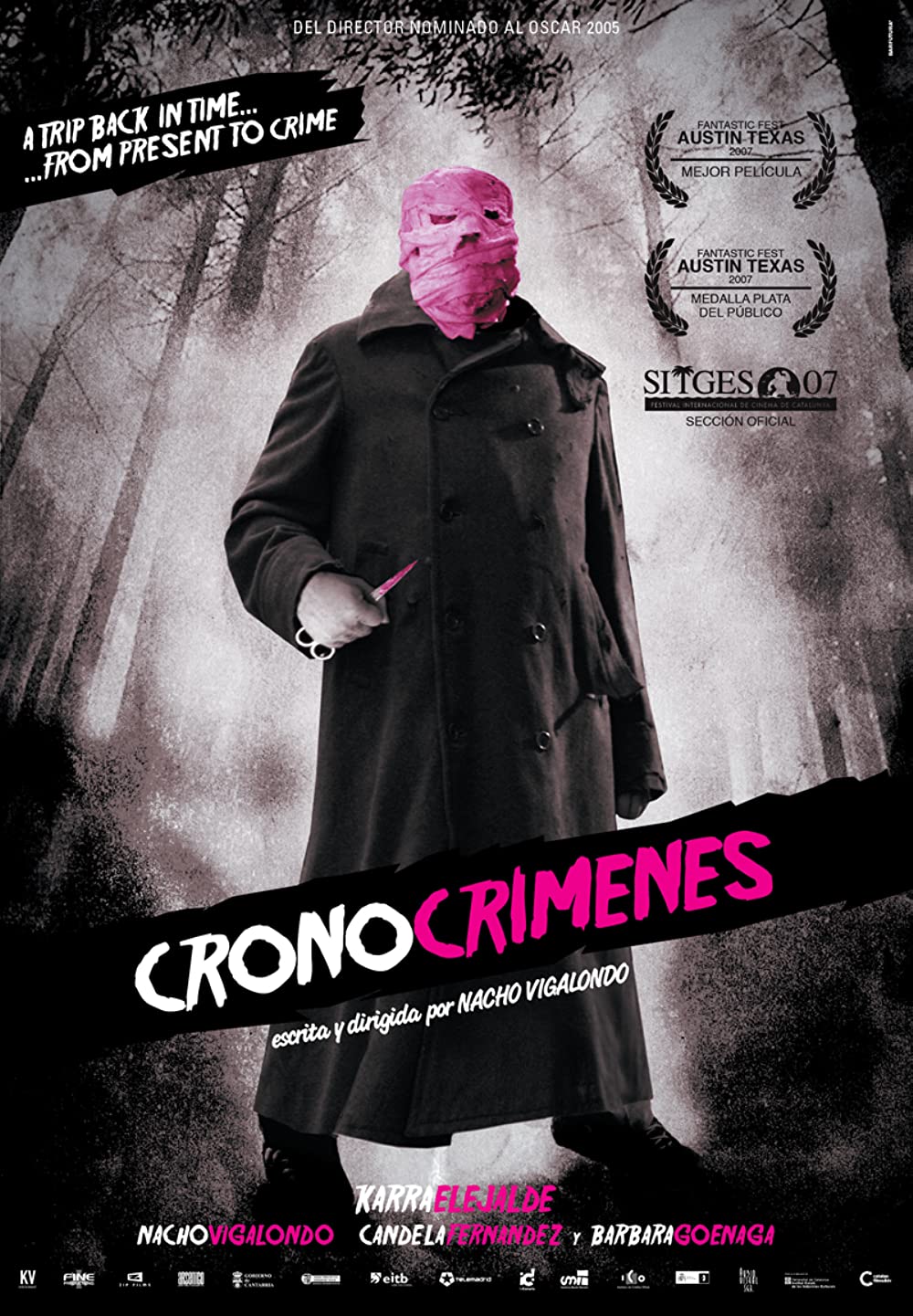 Plot: Hector is an ordinary man... until he happens upon a time machine. As he hears the rules of the machine, he realizes things can't change, but in his attempt to keep things the way they are, matters get exponentially more complicated. -- Chris Kavan

Trippy little movie about time travel. A strangely bandaged head adds a touch of creepiness. The protagonist is oafish, then confused, then desperate, then a killer (more or less), then a loving husband. You have to pay attention with this movie and it'll help if you're a scifi enthusiast. I watched it in the original Spanish with subtitles (the dubbing isn't bad, but I like to hear the voices of the actors in their native language).

Bizarre and original - time travel has never been so entertaining. Enough humor thrown in to make things a bit light, but the overall story is pretty dark with the consequences at the end. Approved and recommended.

Having seen many films that deal with time travel, I can say that this is one of the best uses of it I've ever witnessed. It's an everyman dealing with the consequences to his time traveling mistakes and trying his best to solve them. The story unfolds in a tense, satisfying and surprising way.

Not every sci-fi movie needs special effects or extraordinary settings. Such in this case, a good story, skilled director/writer and a convincing cast works. A married couple, Hector (Karra Elejalde) and his wife (Candela FernÃ¡ndez), are currently renovating. Hector snoops across their house and then encounters time travel. The plot thickens along the way which keeps you glues. There were certain elements of horror and humor on the movie, which keeps you on your toes. Soundtrack was fair and voice-overs were vital. With these, its not hard to overlook the certain negative aspects such as poor character development (Scientist and girl had no name), lack of skilled acting and stupidity of the lead (if he knows wha will happen, why not change it). A much cooler Primer, less funny …

A middle aged man becomes the unwitting victim of an experiment in time travel and in his desperation to recreate events and return to his life, things seem to increasingly spiral out of his control. Timecrimes is one of those cause and effect paradox stories that science fiction writers are so fond of and reminded me of The Butterfly Effect crossed with Back To The Future 2. Like Twelve Monkeys it obviously owes a debt to La Jetee, but as it concerns itself with the same four characters over the same 90 minute period, it seems far more like small potatoes than Terry Gilliam's film. The premise is simple, having a familiar Twilight Zone feel about it and because of this, once you twig the big twist (it doesn't take long) you know exactly where it's going to go. It is an interesting and …

My DVD's: Sci-fi by Snoogans

No posts have been made on this movie yet. Be the first to start talking about Timecrimes ( cronocrÃ­menes, Los )!