Confessions of a Shopaholic Movie Information 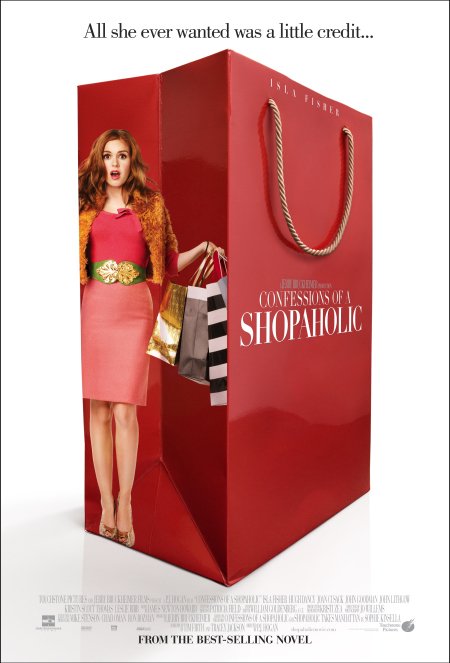 Plot: A woman in New York works for a financial magazine to support her increasingly expensive shopping habits. Her dream job for writing for a fashion magazine is tantalizingly close, yet just out of reach. When she falls for a wealthy businessman, everything seems to be working out, unless debt catches up with her first.

I don't really understand why people didn't like this movie. My best guess is that a lot of the people who dis-liked it had read the books. I have never read the books or really had any desire to do so. I ended up watching this movie because my wife wanted to see it and I actually ended up enjoying it. The acting was solid and the movie moved it's self along at a nice pace. There were some parts of the movie that were a little clunky and out of place and some of the characters could have been deleted. Overall it's a very enjoyable movie and a good date movie.

I usually would be the last person to see this movie but I did and I found it to be bearable. I was fascinated by this girl who is literally addicted to clothes; spending far more beyond her means. It kept my attention but I also had a lot of wine in the process...that could be it.

This movie makes me question the human race.

And the clothes and the fashion sense was AWFUL!!!! for a fashion movie.

Eureeka! A movie of the&amp;nbsp;best kind. I thought hollywood was done putting out good films...wait a minute I don't speak Prada...this movie at least the previews suck ass and as a human I am embarassed to even know people who made, starred in, produced, directed, made ads for, gave the greenlight, was a gopher on the set of, was a gaffer or shared three words with these people...AHHHHH! They are the reason Sex and the City was invented. These snooty ass &quot;shopaholics&quot; who still pride &hellip;

I am embarrassed this movie was ever made.&amp;nbsp; I am sure there are women who want to see this.&amp;nbsp; But, are there any men?