The Shop Around the Corner Movie Information

Plot: Before there was a "you've Got Mail", there was this movie, which has the two protagonist corresponding via regular mail. -- MaceeRae

Before any Nora Ephron novel, there was The Shop Around the Corner, a film which uses the device of mistaken identity to its fullest and produces a heart-warming and very funny romantic comedy. Jimmy Stewart and Margaret Sullivan play against each other perfectly and the film has a fun cast of colorful supporting characters. The witty script holds up today and the film ends on a triumphantly hilarious and smile-inducing note.

Good laughs and most importantly it has the Lubitsch touch.

The Shop Around the Corner review

This reviewer had high hopes for this popular movie. Alfred Kralik (James Stewart) is a salesman who encounters Klara Novak (Margaret Sullavan), who was looking for a job. Mr. Hugo Matuschek (Frank Morgan) owns a shop and gets sick, so he appoints Alfred to run it. Typical "talkies" film in which the comical moments were only few. Stewart was impressive as always but the whole feel and pace just too dragging. Frank was a good support as the owner. Cast did a decent job, nothing extravagant or over the top as well. Soundtrack was not memorable and didn't play a huge part. The conclusion was interesting but the build-up was sluggish. A simple premise with some dated humor, The Shop Around the Corner is an average comedy which involves love, behavior of employees and management of … 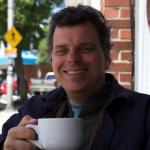 Film Review: The Shop Around the Corner

You should include this DVD in your holiday viewing this year. Itâs an obscure film that is absolutely delightful, a great movie that cuts through all demographics.

This is a lovely comedy that does not ware down with age. What I enjoyed most was the script and the eloquent way the players delivered their lines. Lubitsch is a master of innuendo and the dialogue is wonderful. A good story craftily woven together, carried through by excellent acting starring James Stewart, Margaret Sullivan and a …

All Romance Seen by murcia

No posts have been made on this movie yet. Be the first to start talking about The Shop Around the Corner!