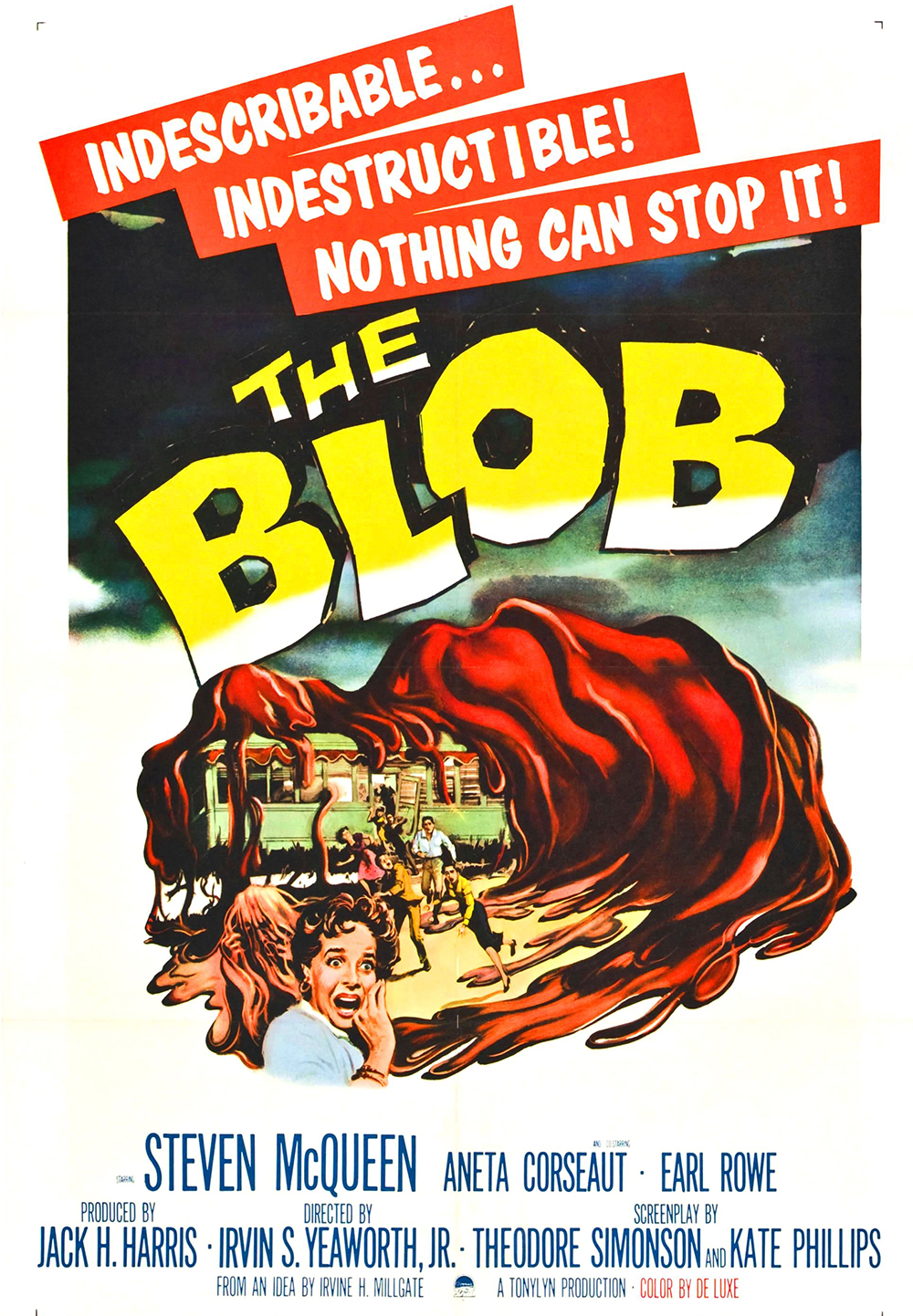 Plot: A meteoroite delivers a gelatinous creature to earth, which promptly begins devouring the citizens of a nearby small town. The growing "blob" tries its best to terrorize the town, but the ultra-cool Steve McQueen gives the "blob" the cold-shoulder and saves the day! -- SmokeScreener

This 'classic' sci-fi/horror B movie is a memorable asset to 50's drive-in cinema. The blob creature is hardly believable, the acting and writing are sour, and most of the experience could be considered mundane. It's a completely average (sub-par in some aspects) monster flick for it's time, yet it's shortcomings are what make it entertaining. Not necessarily in a 'so-bad-it's-good' kind of way, but rather in a nostalgic charm sense. I was entertained on multiple levels and have a small admiration for the production.

The original teen B-movie monster flick, it's utterly absurd and dreadful to the point of being pretty good fun mostly thanks to the appearance of a young Steve McQueen.

You gotta love the classic b-movie sci-fi/horror films, especially one as entertaining as The Blob. You have a young Steve McQueen and his teen friends trying their darndest to get the uptight adults to believe a horrible creature is killing people. The special effects are pretty good for the time and it was an all-around good experience.

I watched "The Blob" (along with several other B-movies from the 1950s) recently with my kids, in order to prepare for DreamWorks upcoming "Monsters v Aliens".

The highlight of the movie is the performance of Steve McQueen in one of his earliest films. It is an otherwise bland movie.

The story starts when a meteorite delivers a gelatinous creature to earth, which begins to consume people as it grows in size. Despite the fact that everyone can outrun the plodding blob, the victims instead choose to hide in places with no chance of escape.

The special effects are what you would expect for the time. There was a remake of this film in 1988; despite the improved special effects, I actually preferred this film.

As always, I also monitored the tobacco use in the movie. Most of …

No posts have been made on this movie yet. Be the first to start talking about The Blob!