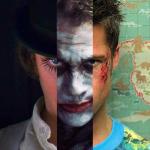 It's Such a Beautiful Day or: How Everything Will Be OK and I Am So Proud of You. The film is actually three short films molded into one. But it flows so well as one movie. It tells its story with such importance and sympathy. Early in the film, Bill recognizes that his routine (which he finds so strange) is his life. Any deviation of his routine is actually strange because its not the norm. Itâs this terrible recognition of what life is really like. Bill shows signs of depression early on. Lack of sleep, loss of interest in what once made him happy, a stagnant inability to do anything, etc. Itâs hard to describe depression to someone who doesnât experience it on a regular basis. And even if they do, itâs still hard to …