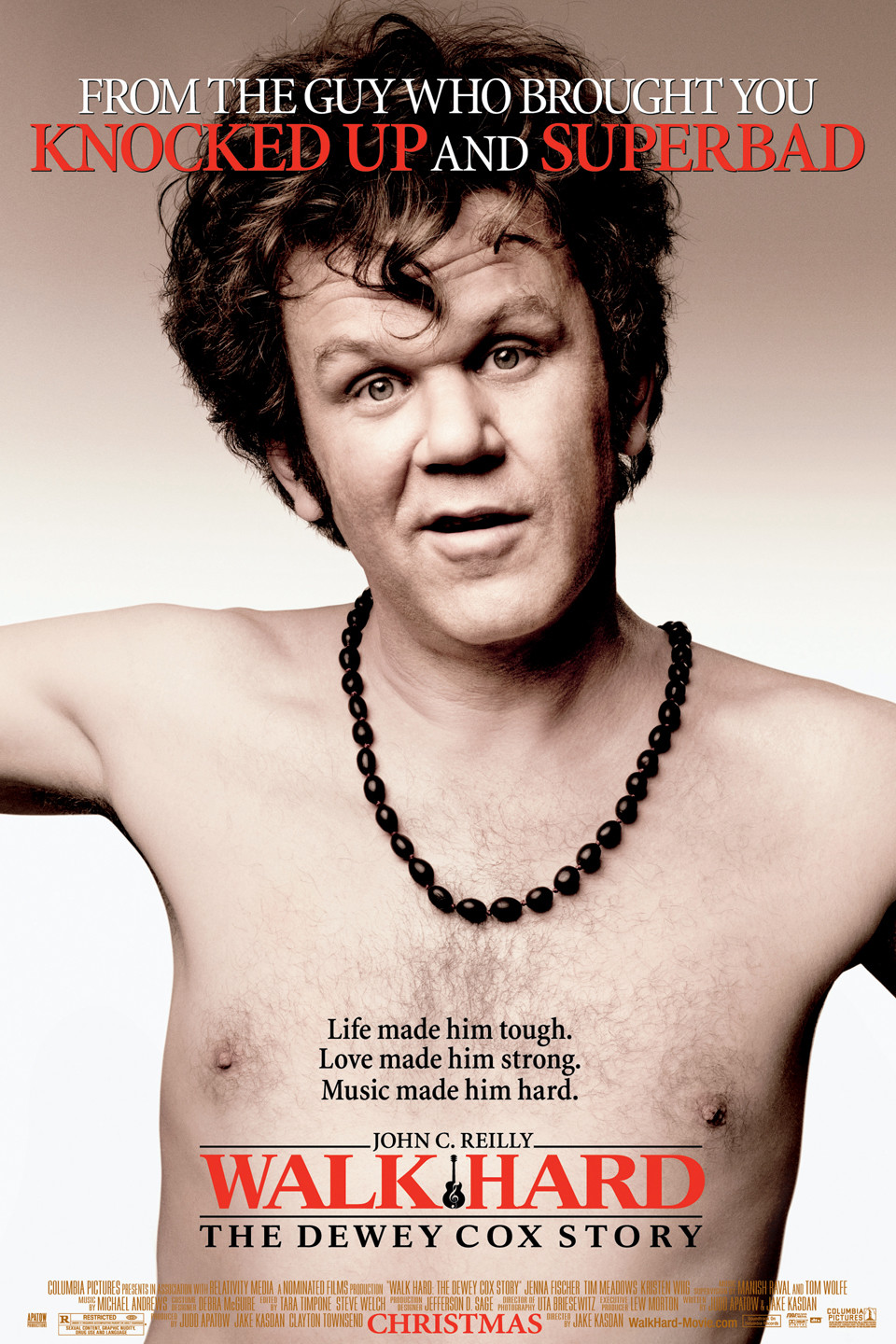 Plot: Dewey Cox must overcome his weaknesses to try to work himself up to becoming a famous singer.

This should've been the endgame for the 'based on a true story music biopic', but I guess they didn't get the joke.

Goofing on the musical biographical dramas of the 2000s decade, "Walk Hard" is rough in patches, but mostly likable and very funny.

Walk hard is one of those movies the bombed for no reason and should've have gotten a new life on it's own on dvd but didn't happen but I think that it is a really funny film that hits almost alot. Now this was directed by Jake Kasdan (Zero Effect, T.V. Set and Orange County) and compare to the other films he have made this must be his second best film. I enjoy zero effect a whole lot more, but going back to the review I think John C. Reily is hilarious in this film. I believe this was the perfect role from. This one really works for him (thin about do you think that Wll farrel will do anything better compare to John C. Reily). Everyone else though is funny Jenna Fischer is good, Tim Meadows is Hilarious and those famous cameos like Jack Black as Paul Mccartney or Paul Rudd as John …

Even though this film is an obvious spoof and may go for easy laughs at times, I still enjoyed it. It doesn't cross that line between stupid and trying too hard, unlike the "Scary Movie" franchise. John C. Reilly is a good choice for the lead because I've been wanting to see him in a starring role. He retains his charisma so he doesn't disappoint. I'm also very glad to see Jenna Fischer on something other than "The Office." I also liked the fact that this film had some sort of a story rather than just one scene after another that doesn't make sense when put together as a whole. The appearances of certain actors, no matter how random, are hilarious, especially "The Beatles." The only problem I had with it is that when the end was nearing, I felt that it lost some of its momentum. The last …

Some good stuff, and a lot of bad stuff.

Just Because Judd Apatow produces a movie, which really gives him very little artistic pull in the film's making, doesn't mean it's going to be one of the best comedies of the year, such as his director's credits 40-year old virgin, and knocked up. The writers here clearly had a great time with this, but thats basically where the fun ends. The movie tries to be too funny, with almost non-stop randomness and stupidity, sometimes relating to material from Ray and Walk the Line, which this is supposed to spoof. The music can be pretty funny, being almost of Wierd Al comical status, such as 'Let's Duet'. The cameos are usually pretty funny, with everyone from the entire SNL cast to Apatow friends. But none of that can save this stupid romp from being a decent spoof at best, dragged down by …

No posts have been made on this movie yet. Be the first to start talking about Walk Hard: The Dewey Cox Story!