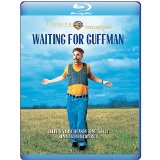 Plot: The small town of Blain, Missouri is about to celebrate it's 150th birthday. Local drama teacher, Corky St. Clair, writes an original musical for the town's celebration. When a Broadway critic accepts Corky's invitation to attending the performance, Corky and cast go overboard and decide that their show is already a shoe-in for Broadway. -- serioussir

Not as laugh-out-loud funny as some of Guest's later films, but the weird small-town world that Guest creates is uniformly quirky and likable. Guest himself is especially a standout with the ambiguously gay theater director Corky St. Clair. Short enough not to overstay its welcome.

Direction was good and performances brilliant. The plot, screenplay, soundtrack and overall humor just didn't appeal to this reviewer. Amusing is the better term to describe the character driven documentary style film. The practices were funny and performance on the play thoughtful. Had a few nice lines such as "Some people find it ironical that although we run a travel agency, we've never been outside of Blaine." from Ron and "You have to go where the love is." by Dr. Pearl. This rater has high standards for comedies since it's probably the hardest to rate and it didn't tickle my funny bone. Best in Show is still tops for this critic but Waiting for Guffman is worth a view for Guest fanatics, Blain residents or those who enjoy plays.

The Brilliance of Guest

It is hard to rank the three Christopher Guest helmed mockumentaries individually; they are a triology-they must be viewed together to appreciate their full brilliance. Comedically, they really paved the way for The Office. After much thought, I declare Mighty Wind the best, because it really builds to a rallying conclusion, capturing your heart in the process. It is Eugene Levy's finest hour. But Waiting for Guffman is the funniest. Corky St. Clair is one of the most brilliant creations of all time. Hilarious lampooning of local theater. To say Best in Show is the weakest of the bunch would be a terrible insult. It too earns an honor, for the funniest single lines. This is the movie that made me laugh out loud the most, especially Michael Hitchcock (who I think is the most underrated of …

Movies of 1997 by Stoney McStonerson

No posts have been made on this movie yet. Be the first to start talking about Waiting for Guffman!