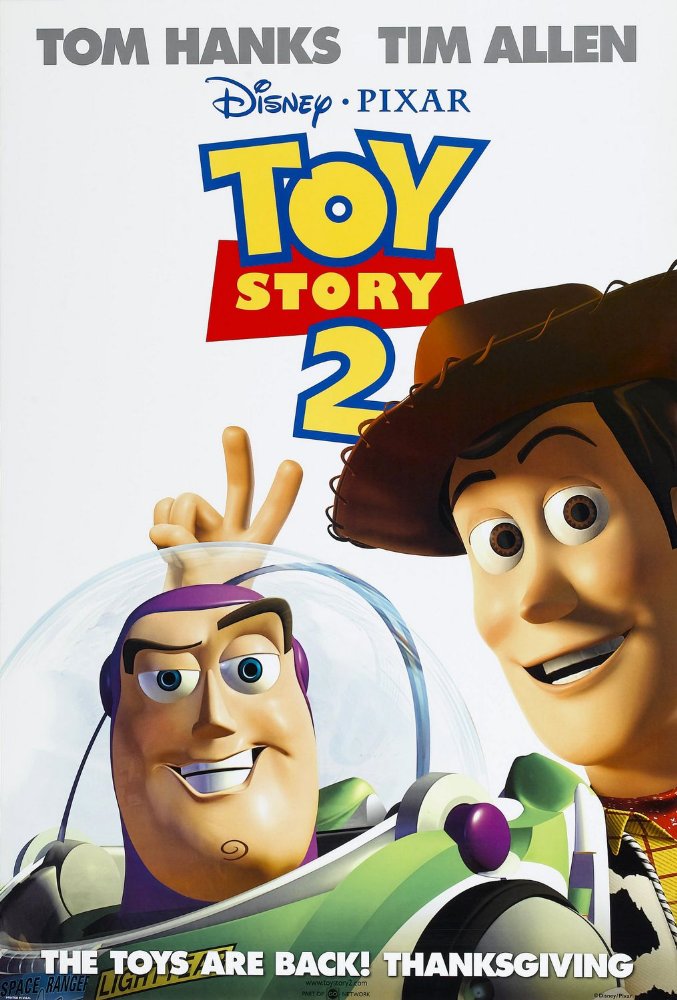 Plot: The toys are back this time Woody is stolen by a toy collector in which eventually he must decide to either stay or leave the museum.

It doesn't rehash the original, and is just as beautiful.

A friend in need to the end. This movie has better animation from the first movie and all your favorite characters are back and better then ever.

The second of the series is great. It focuses on more of the characters from the fist as they try to rescue Woody. It even adds some more loveable characters. This movie though brought a lot to the table and will go down as a great.

I can appreciate it when a studio makes a sequel because fans ask for it, and I am glad that Pixar discovered a great script to work with for this sequel of the best animated movie of 1995, Toy Story. The original cast returns and a few new big name additions are brought in as well to make the new story just as good and as captivating as the original.
The character models are made very well with more than a few attributes taken from the actors voicing them which adds nicely to the voice and character combination mix. It really helps the personality of the characters to have some similarities to the people voicing them because it allows the animators to use the live characteristics of the actors in the animation, and that inhances the realizm of their motions and reactions.
Almost as …

No posts have been made on this movie yet. Be the first to start talking about Toy Story 2!