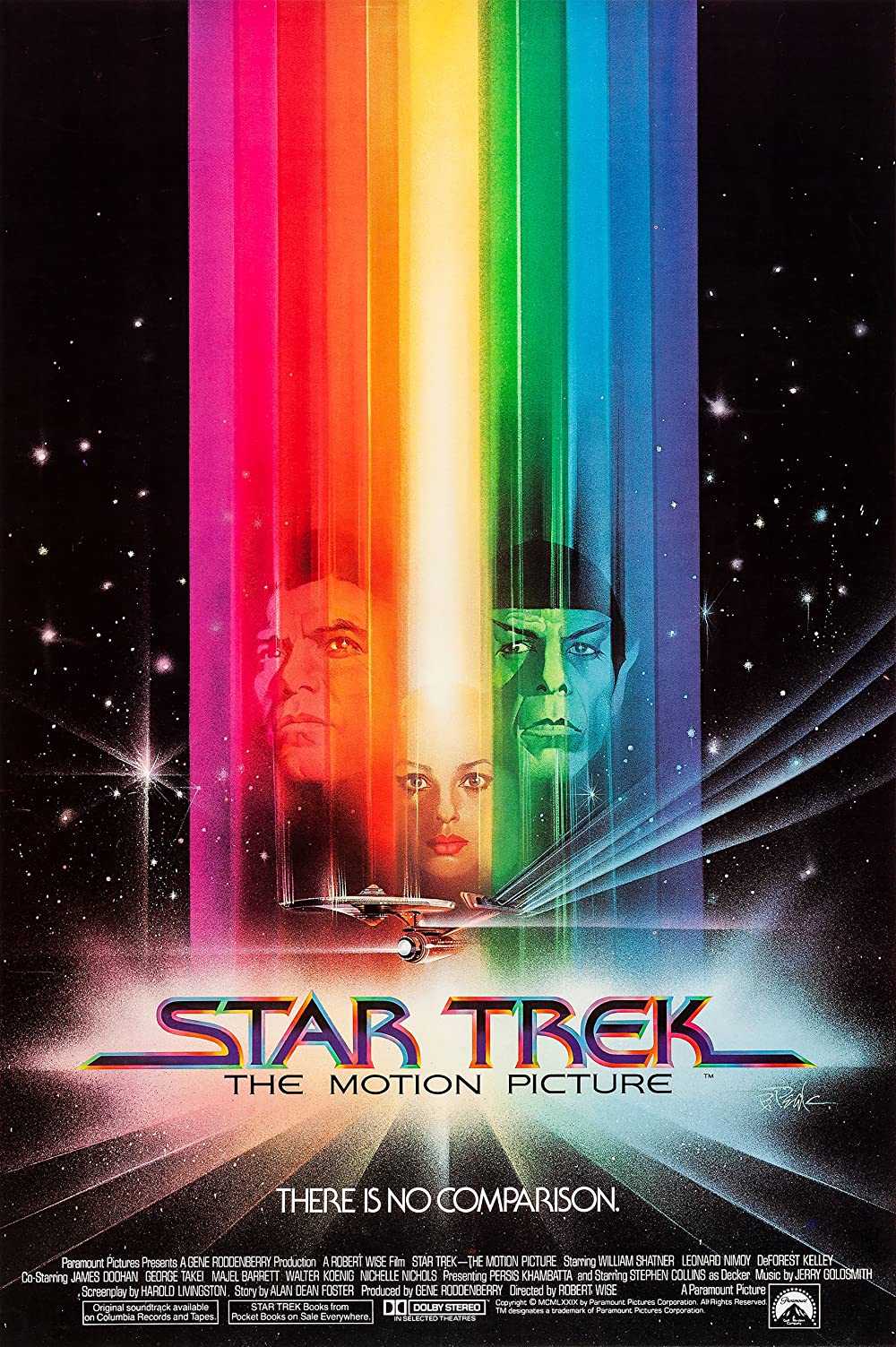 Plot: Kirk, Spock, and McCoy have to save the planet Earth from V'ger, a massive space entity destroying everything in it's path. -- DB

An okay Sci-fi film. The performances and script were pretty solid, but the film is 30 minutes too long and moves at a glacial pace at times. I thought the final bits were really good and I enjoyed the NASA connection at the end, but with a slow-moving middle and the showcasing of some horrendous visual effects, Star Trek 1 is a mediocre entry in the genre.

A weak start to the franchise - luckily they get better. I would actually recommend watching Wrath of Khan and Search for Spock before this one, then going back or you may be turned off by the entire series.

This movie just is too slowly paced to keep anyone's interest. It just has so many sequences of the space screen. These scenes just go on and on without stop, there is nothing interesting about them, I do not know what Robert Wise was thinking. The other problem is the film has so little focus on the characters from the actual series.

The first in the long running movie franchise was a huge departure from the ethos of the series it was based upon, and as such disappointed the majority of fans who were expecting more of the same kitsch hi-jinx and polystyrene sets that endeared themselves to so many. The Motion Picture prefers to take its cues from more grandiose, epic sci-fi tales such as 2001: A Space Odyssey and although its inspirations are very obvious, it does very well in capturing a sense of awe and wonder that space exploration (at least used to) conjures up. The stars of the show are most certainly the pairing of SFX legends Trumbull and Dykstra and the visuals of this film are still astonishing to this day, and the addition of Jerry Goldsmith's suitably operatic score makes the original Trek film an …

Keep in mind this was the first thing I'd ever seen that included the original Star Trek crew, and I had already decided to watch all the films. So needless to say, I was scared. Anyone who has seen 2001: A Space Odyssey even once can tell that this is just a huge rip-off. Made even more disappointing that it's directed by the very gifted and versatile, Robert Wise who happened to have directed The Day the Earth Stood Still, The Haunting, The Sound of Music, West Side Story, and my personal favorite by him, The Body Snatcher...Out of all the people to direct a Star Trek film, Wise was hands-down the most talented. So it's a big surprise that he directed such a hugely atrocious first film for the series.

I can not begin to explain how boring I felt this film was. I've never fallen …

Long after STAR TREK became a pop culture phenomenon, creator Gene Roddenberry began conception on a second TV series. Due to the success of STAR WARS, however, it was decided to turn Roddenberry's concepts into a feature-film that hit theaters in 1979. Its financial success spawned several sequels, turning it into a legendary film franchse. However, you wouldn't know it by watching STAR TREK--THE MOTION PICTURE, which, despite some breathtaking visual effects work by Douglas Trumbull and a classic score by Jerry Goldsmith, never comes to life. The whole film feels very much like a television episode stretched out to more than two hours; this naturally leads to a lot of excruciatingly slow and boring scenes which take forever to get through, with a lot of stiff, emotionless acting. The …

No posts have been made on this movie yet. Be the first to start talking about Star Trek: The Motion Picture!