Plot: With her adopted daughter having increasingly disturbing nightmares, a mother takes her to the abandoned town of Silent Hill to find answers to her past.

The best video game adaptation that has been made to this day. This stands on its own as a great horror film quite well. The movie is quite nightmarish and gruesome. A similar theme and dreamlike feel can be found in the movie 1408.

With her adopted daughter having increasingly disturbing nightmares, a mother takes her to the abandoned town of Silent Hill to find answers to her past. This movie has some really scary images which did scary me if I had to be honest and Sean Bean does not die in this movie.

Not as bad as everyone says it is, but it also didn't need to be 2 hours long. This isn't The Shining, for crying out loud.

A young girl seems to be traumatized by a childhood experience in a supposedly haunted town called Silent Hill, so her adopted mother takes her there to find the reason for her horrific nightmares. Silent Hill is based on a popular "survival horror" videogame in a similar vein to Resident Evil. The film is actually extremely faithful to the game, containing the same characters, plot elements and locations and recreates the gruesomely deformed creatures that inhabit it really well. Unfortunately, it's a bit TOO faithful. A videogame plot is merely an excuse to introduce you into the action and create atmosphere; otherwise it's pretty irrelevant. A film needs characterisation, narrative progression and logic to create drama; watching a woman explore darkened corridors, run away from …

Best of the Bad

Film adaptations of video games suck. They always are not even bad, but also painful to watch what have the game we knew and loved became. Even put Uwe Boll out of the question, consider Super Mario Bros (1993), Street Fighter (1994), Mortal Kombat (1995) and Doom (2005). Silent Hill is no masterpiece and is quite stupid in terms of plot, but it still easily be the best of film adaptation of video game I have ever seen.

A couple adapted an orphan girl, and when that girl become 9, or 10, she sleep-walks and screamed "Silent Hill" in her unconscienceness. Her mother took her to Silent Hill the ghost town, and experience the haunting there.

If you examine the plot more closely, it is stupid. But this film is not about the plot, but the visual and re-enactment of the scenes from the … 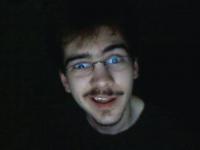 Most Underrated Monster Film Ever??

Silent Hill is based on a horror video game series, but whether you've even heard of the Playstation-born franchise or not, if you like supernatural horror thrillers I would highly recommend this one. The nightmarish imagery and terrifying plot is where this movie really shines. The creatures are horrifically gorgeous!! This was seriously the best monster movie to come out since Aliens, filled with unique and grotesque ghouls all psychotically twisted-looking. Silent Hill is a genuine work of art, a true horror-masterpiece that stands out among a wasteland of cheap gore-based slashers. I watched this movie in the theatre and I was blown away. I have to say it was the best theater experience of my life! I also own it on DVD and I would encourage horror fans to simply buy the DVD. This …

No posts have been made on this movie yet. Be the first to start talking about Silent Hill!