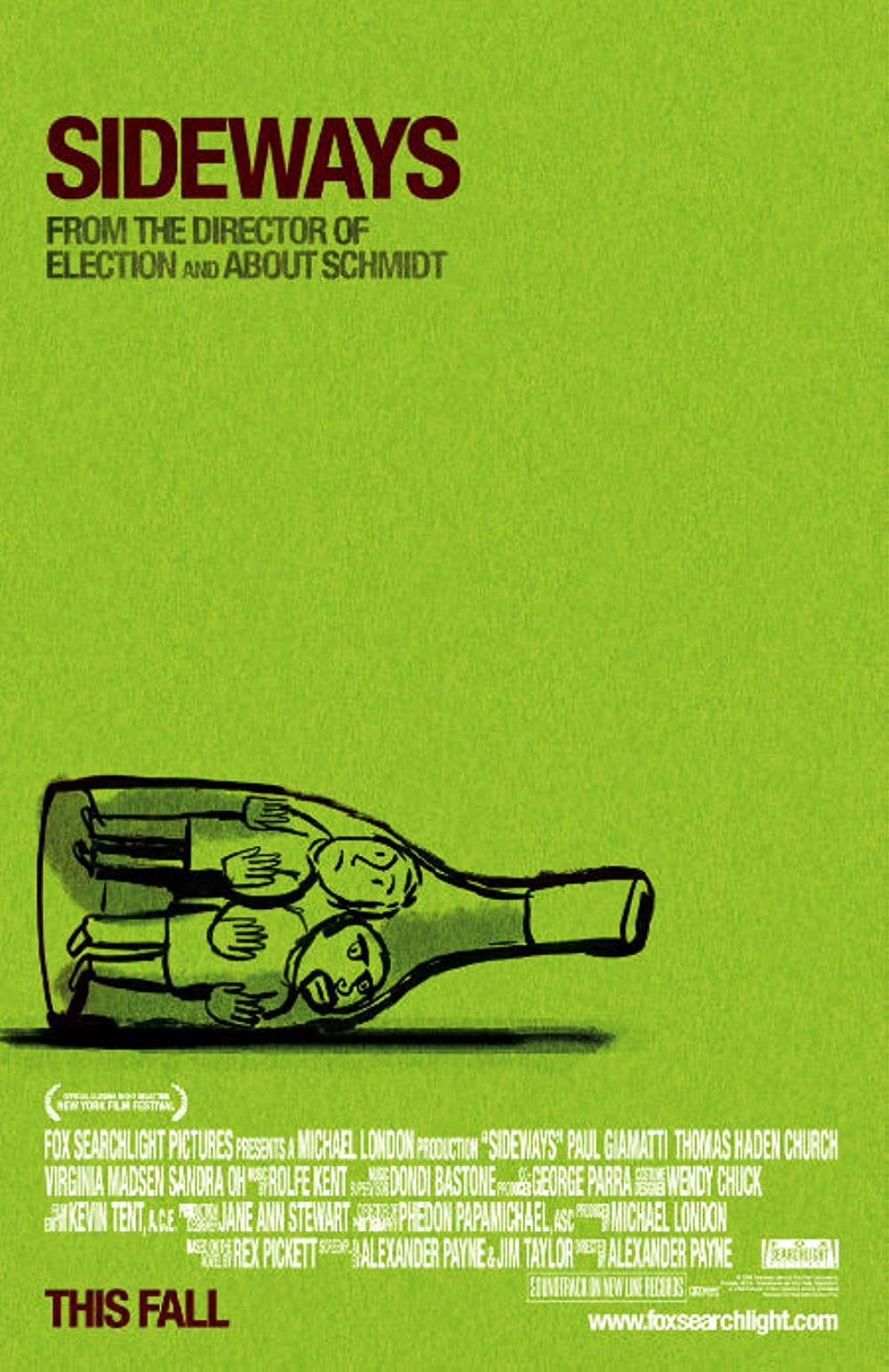 Plot: Two buddies take a road trip in California's wine country before one of them gets married.

A journey through midlife crisis with pathos and humor in equal doses.

A special film, the kind that stays with you days after watching it. The word that comes to mind when I think about this movie is, rich. Each scene is so perfectly constructed and full of so much heart and soul; the characters are fully realized, well developed, and perfectly portrayed by an amazing cast. Payne's direction is brilliant, this is easily his best film he's ever done. And the script is fun, charming, interesting, real, and resonant.

It took me two times of watching this and also seeing Hangover 2 for me to truly appreciate this movie. It is a great buddy vacation film as a last horrah. This is a more educated 'Hangover'. Now while it might not reach the laughs of 'Hangover (1)'; it brings a mature energy to the table that grabs you in different ways. This is a smart film and a fun watch. I look forward to watching it again.

An actor named Jack Cole (Thomas Haden Church) and writer friend Miles Raymond (Paul Giamatti) go on a trip. They drop by Mileâs mother. His mom reminds about his ex-wife Victoria, free for 2 years. Jack is getting married to Christine and talks about Mileâs lack of a relationship. The âcar sceneâ is one of the funniest from the film. Location and days were detailed when the pair travels and soundtrack enlightening. They both encounter Maya (Virginia Madsen), a waitress and meets Stephanie. Miles discovers that Victoria has remarried.

Cinematography and direction was good if only the pace of the story could be said the same. Paul Giamattiâs acting brought this picture alive, as you can really see the pain and depression based on his experiences. Screenplay was …

Want some cheese with that whine?

Open a bottle of pinot noir and enjoy this hilariously dark comedy of middle aged buddies Miles and Jack.

Miles is a depressed alcoholic (at least when it comes to whine) and an aspiring author. Jack is a D-list actor who lives for womanizing. Miles takes Jack out for a week before Jack's wedding to whine country. Once there the two meet two women, Stephanie and Maya. Jack believes that Stephanie is the right one for him and Miles feels right with Stephanie even though he doesn't want to go through the heartbreak he went through with his ex wife. During this week the two have many misadventures and think about their lives and the directions they go in.

The two best aspects of this movie are probably the acting and the comedically brilliant script. Paul Giamatti is absolutely …

No posts have been made on this movie yet. Be the first to start talking about Sideways!