An ex-army pilot finds himself living another man's life and discovers that he is operating within a secret government project where they send a person's consciousness back in time to discover terrorist threats. Duncan Jones' follow up to the pleasingly old school sci-fi Moon is a variation on the idea behind La Jetee, the short that inspired Twelve Monkeys. Basically it's Groundhog Day done as thriller instead of comedy as Jake Gyllenhaal lives the same eight minutes of a commuter's life over and over until he discovers the identity of the bomber who blew up the train he was travelling on. The concept will be familiar to those old enough to remember 90s tea-time sci fi show Quantum Leap and it also shares ingredients with films such as Robocop and Total Recall. To be honest, take away …

Had Potential, But It's Ultimately A Mess

The premise behind Source Code is that a man named Colter Stevens wakes up in the body of an unknown man, on a train. Completely confused, Colter panics until the train ultimately explodes. He awakens again in a capsule, where he is informed through a monitor that he has the ability to inhabit other people's body through a process called Source Code. Through Source Code, Colter lives the person's last 8 … 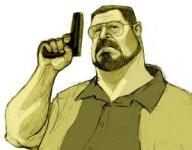 MASSIVE SPOILERS AHEAD:
Ok so here's my take on the explanation:

I'll start by laying down some facts: in the first reality (the real world) colter is half dead and sean is completely dead with only his brain's surviving 8-minute-echo part alive. The scientists connected colter's brain to sean's part brain letting him this way relive the last 8 minutes of sean's life and interact with it, so he can gain knowledge of who the terrorist is. This procedure is called the source code. What the scientists don't know is that by every time they send colter in the source code it creates a new reality.

So.. colter tries time after time after time (each time in a new reality) to find who the terrorist is and he succeeds; so when he is revived from the source code back to the first reality, …

What would you do if you only had eight minutes left to live? âSource Codeâ is an action thriller with a strong sci-fi element and a very interesting premise. The aforementioned eight minutes play out over and over again for Jake Gyllenhaalâs Captain Coulter Stevens, as he tries to track down the bomber of a Chicago commuter train. If you can get past the inevitable connection to the plot device used in âGround Hog Dayâ and âFifty First Datesâ, you have a smart, well-scripted puzzler that will keep your attention right up to the final frame.

âSource Codeâ starts by thrusting the audience into Gyllenahaalâs (âLove And Other Drugsâ, âJar Headâ) perspective and, just like his character here, we have to learn the circumstances around his bizarre mission just …

"Source Code" is a another Sci-Fi movie for this year which uses the ability of man's mind. In this film, Colter Stevens (Jake Gyllenhaal) was sent, without his consent, into a mission of tracking down the mastermind of a train bombing. Using this Source Code, he was able transfer to a commuter"s body before the explosion.

I really like the concept of this movie, going back to a certain period of time and end this time travel as his body blow up, the idea of being alive and die all over again and again... and again. Story wise, it was simple yet mind-blowing. Indeed, "Inception" made a strong foundation of this genre and theme. I see no other actor other than Jake Gyllenhaal to do this, his character contributes entertainment on the picture.

A film in the genre of The Matrix, Surrogates and a touch of Donnie Darko/Groundhog Day when it comes to time and technology. The first few scenes are a bit confusing since you are witnessing de javu. Jake Gyllenhaal's character is a soldier used as a test subject for a project that may save lives. The only time the film gets interesting is when the Dr. Rutledge (Jeffrey Wright), who created source code explained the machine and finding out the main characters situation. It had some really weird moments where he accuses some people of the bomber. Trial and error I guess.

The cast delivers and the effects worked well for the film. There were internal messages from the film was imparting like having no regrets, forgiving people, enjoy life because you never know when it would …

A Combination of Films But Still Solid

Much more commercialized than Duncan's previous effort. By that I mean that it is built for the masses and that it lacks the edge that made Moon so interesting. Still, it is a solid sci fi.

Source Code is a combination of 4 or 5 other sci fi movies, taking elements from each of them and putting them into a new setting. I need not say much about it as once it ends you will certainty think you have seen it before.

The acting is as we can expect from each character. Gyllenhaal is best when he is kind of witty and confident. When he asks a lot of questions or tries to show more emitions, his talents tend to break down. He has to perform both roles in this and he does ok. Vera Farmiga is good but doesn't break any new ground and Jeffery Wright is almost cheesy at times.