The Secret of NIMH Movie Information 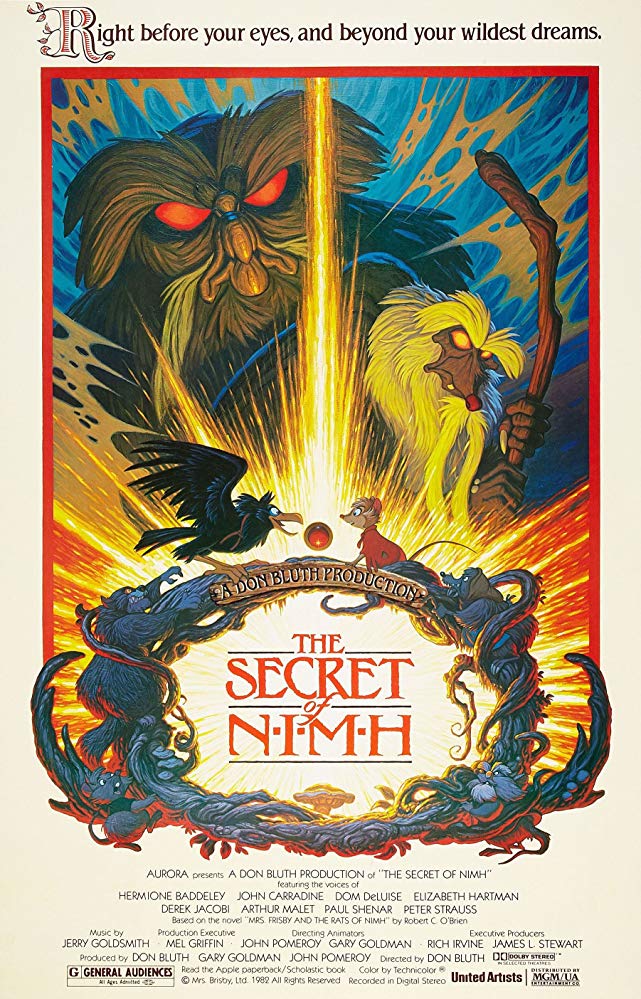 Plot: Mrs. Frisby is a widowed field mouse caring for her small children. Spring is coming and she must move her family out of the field before the plow comes. With one very ill child and the dangerous farm cat, she has more obstacles than she can handle on her own. With no other choice, she must ask for help from the rats -- but these are no ordinary rats. . . -- serioussir

It's easy to scoff at Don Bluth as a Walt Disney wannabe, but if he ever made anything capable of rivaling the House of Mouse, it was "The Secret of NIMH."

An extremely dark and gripping story for children's film. I remember seeing this and being awed by how grave the situation seemed. A classic which needs to be recognized.

A dark, fascinating and richly animated fantasy adventure for both adults and kids. It weaves ideas of nature, science and the unknown into a harrowing story of bravery. An underrated classic.

There is something about Mrs. Frisby.

Frustrated with the Walt Disney studio's reluctance to produce full-length animated films, Don Bluth and a number of animators left the studio in the early '80s with the intent of creating movies in the style of Disney's classics. The Secret of NIMH is the first film Bluth produced after leaving the studio. Adapted from Robert C. O'Brien's acclaimed children's book Mrs. Frisby and the Rats of N.I.M.H., the film is about a widowed mouse whose home is threatened; also, one of her children is gravely ill. On her way to find help, she discovers NIMH, a secret society of highly-intelligent rats who have escaped from a nearby science lab. This movie has beautiful animation I mean for 1982 the animation is pitch Perfect, The characters are so remember-able and the actress who voiced (Mr.s …

The secret is -- it's only a fairly good movie

A widowed field mouse (voiced by the late Elizabeth Hartman) has a sick child (voiced by Ian Fried) and two other children. They live in the garden of a farm where other animals live and feed.

They all need to move when it comes time for the farmer (voiced by Tom Hatten) begins to plow the field to prepare it for gardening. However, due to the sick child, "Mrs. Brisby" (Hartman) is reluctant to move.

When she finds the rats, she is amazed at what she sees. They have the ability to use electricity, stolen from the farm, which a kind rat named "Justin" …

No posts have been made on this movie yet. Be the first to start talking about The Secret of NIMH!