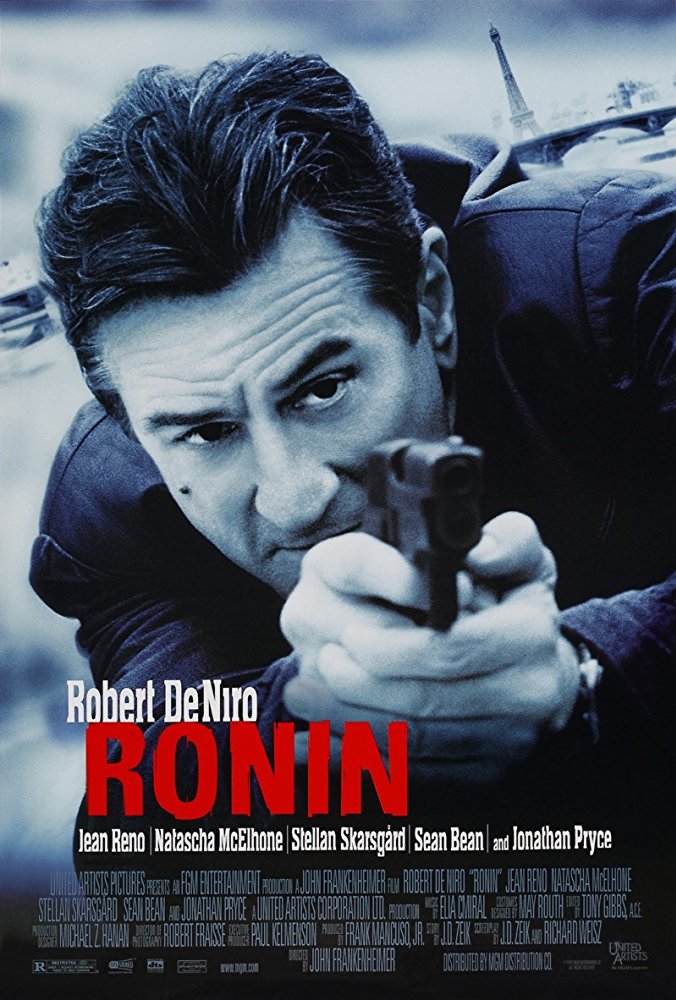 Plot: A former U.S. intelligence officer tries to track down a package wanted by the Irish and the Russians. -- sapien

Absolutely boring and generic spy thriller. I predicted every plot twist and nothing at all surprised or amazed me. Yawn.

A group of mercenaries are hired to steal a mysterious case from a heavily armed organisation. Although it has a similar set up to Reservoir Dogs, Ronin is a rather more "adult" affair, echoing cold war thrillers spiced up with a liberal smattering of action. Veteran director John Frankenheimer obviously devoted a lot of time to the shoot outs and car chases which have a visceral realism lacking in most Hollywood thrillers; in fact the whole film is beautifully engineered and features a superb cast making it all but technically flawless. It also has a very "European" flavour, not only because of the continental locations, but also the lack of shaky cam or over-saturated colour filters and a cast featuring real actors instead of underwear models make it feel a million miles from your …

No posts have been made on this movie yet. Be the first to start talking about Ronin!