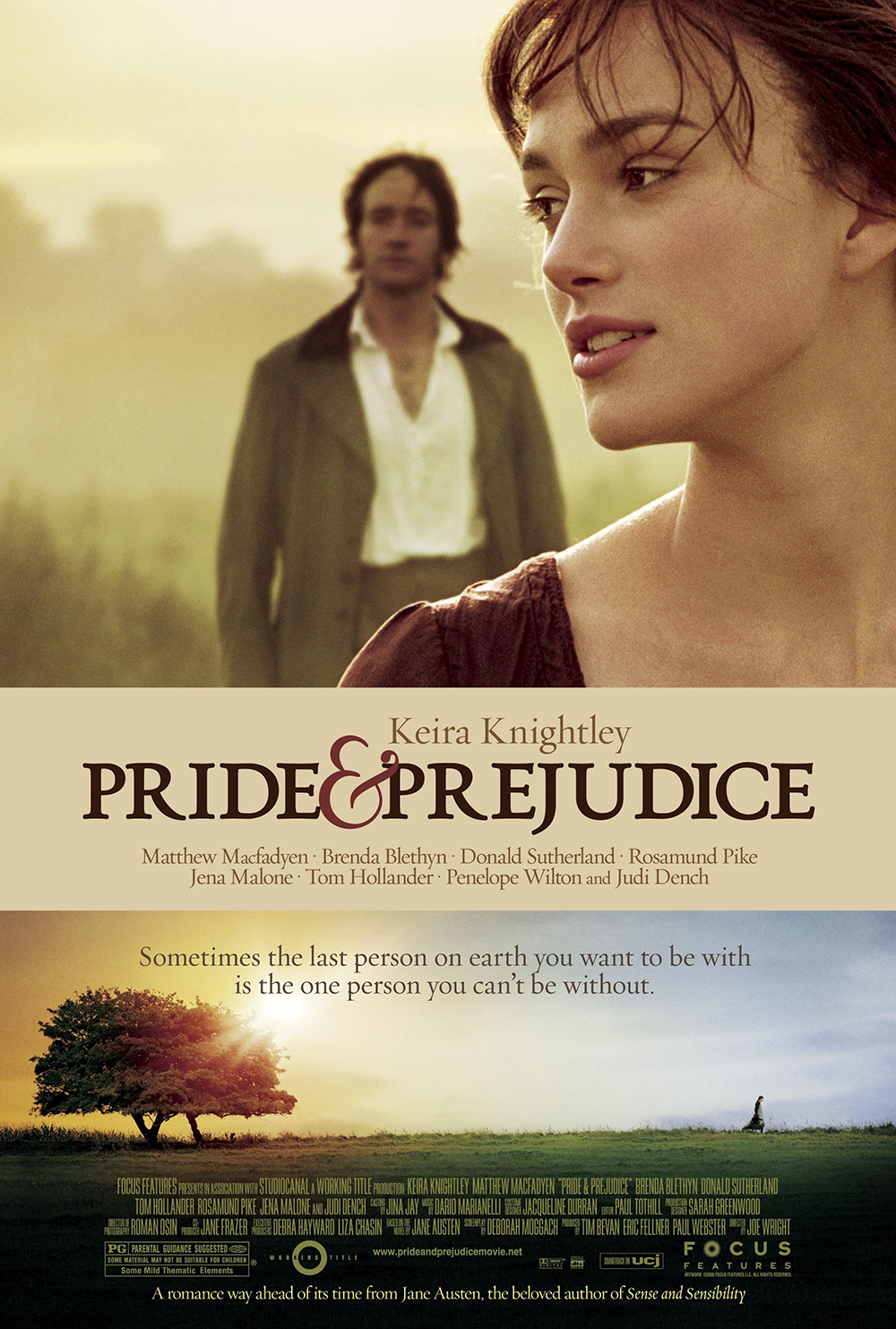 Plot: Young and beautiful but too spirited Elizabeth Bennet will find her equal in mind of proud Mr. Darcy, who considers himself much above her class and yet finds himself enchanted by her.

Jane Austen's classic is lovingly recreated here with a fine cast of committed actors and some faithful adapting in the screenplay. The film is beautifully photographed and Dario Marianelli's classical-influenced score is one of the best scores in recent memory.

Best adaption of Pride and Prejudice! Besides bringing a beautiful book to life, this film was created with great artistry: the music, the setting, the costumes, the acting. All is spot on!

Not nearly as good as the A&E version.

This film really took me by surprise, not by how good it was, but by how much I liked it. This excellent film completely took me in and I absolutely loved it. There's really not much to say about this one. The story is great, and brilliantly adapted from the famous Jane Austen novel. The cinematography is excellent, as are the props, costumes, etc...you are truly transported into the era. The music is good; the writing is good; the cast is good...everything about this film is good. Special mention must go to Keira Knightley Oscar nominated performance. It really was that good! She's an actress that I highly respect and enjoy despite the skeptics that accuse her of not being that great of an actress. But her performance here is proof of her talents. I loved her in this film!

We Are All Fools in Love

Let me start out by saying Iâm not a big Jane Austen fan and just the thought of reading a novel of hers makes me drowsy. Joe Wrightâs version of Pride & Prejudice is anything but dreary. With a wonderful eye, energetic performances, and a droll since of humor and wit this piece of Austenâs work comes alive on screen and not only is fresh, inviting, and enjoyable it just happens to be one of the best movies of the year.

The film is filled with terrific performances. Knightly is stunning in a glowing performance as Elizabeth that lights up the screen. Her second great performance of 2005, though quite different from her role as bounty hunter Domino Harvey in Domino. McFayden finds just the right notes for the somber Mr. Darcy. Donald Sutherland is quite amusing as the stern …

No posts have been made on this movie yet. Be the first to start talking about Pride and Prejudice!