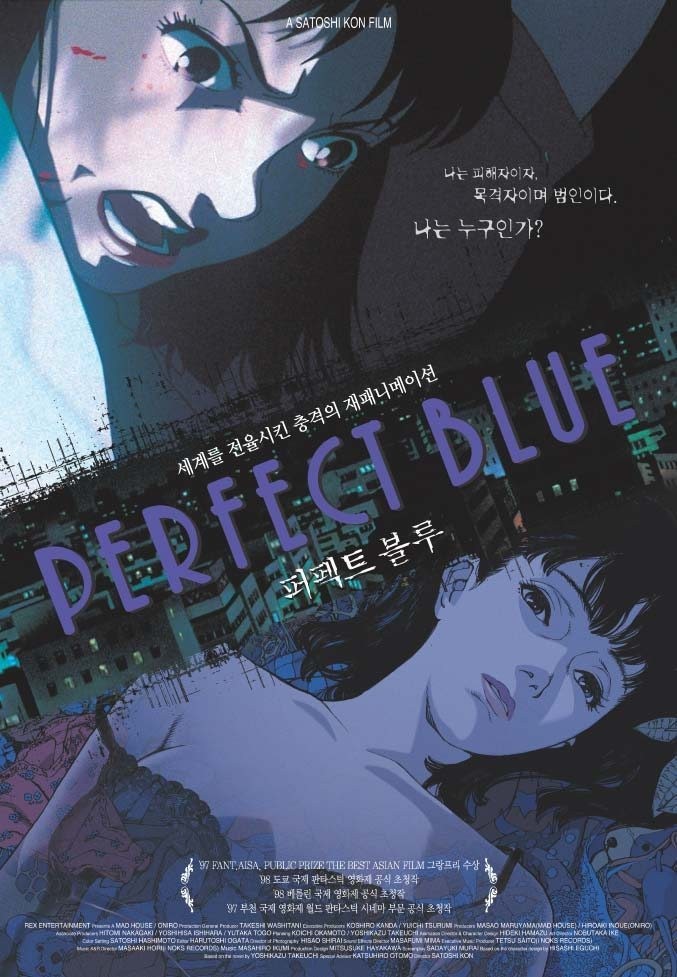 Plot: A retired pop idol begins a new career as a risque actress, but when she finds a website that has intimate details of her life, she begins to question her own life.

This is Hitchcock by way of animation. Dark and sordid - where reality and fantasy become harder and harder to separate - this is a cartoon, but it's not for kids. Adults, however, should find this satisfying.

If Kubrick every did Anime it will be like this

Mima: "Excuse me who are you".

The story is about a retired a pop idol, worshipped by the masses until fashion dictated otherwise. In order to salvage her career, she is advised to drop music and pursue acting. A soap opera role is offered but Mima's character is less clean cut than desired. Regardless, she agrees and events take a turn for the worse. She begins to feel reality slip, that her life is not her own. She discovers (imagines) her identical twin, a mirror image that hasn't given up singing. Internet sites appear describing every intimate detail of her life and a figure stalks her from the shadows. Her friends and associates are threatened (and killed) as Mima descends into a dangerous world of paranoid delusion. She fears for her life and must unravel fact from illusion in …

Just found out that Satoshi Kon has lost his battle with pancreatic cancer at the too-young at of 46. Besides Perfect Blue, Kon was also the man behind Millennium Actress, Paprika, Tokyo Godfathers and the Paranoia Agent television series. If you like anime at all, it is a serious blow as Kon was an artist of the medium. Out of only a handful of projects, he managed to create a series of unique and engrossing visions. I, for one, will miss him.