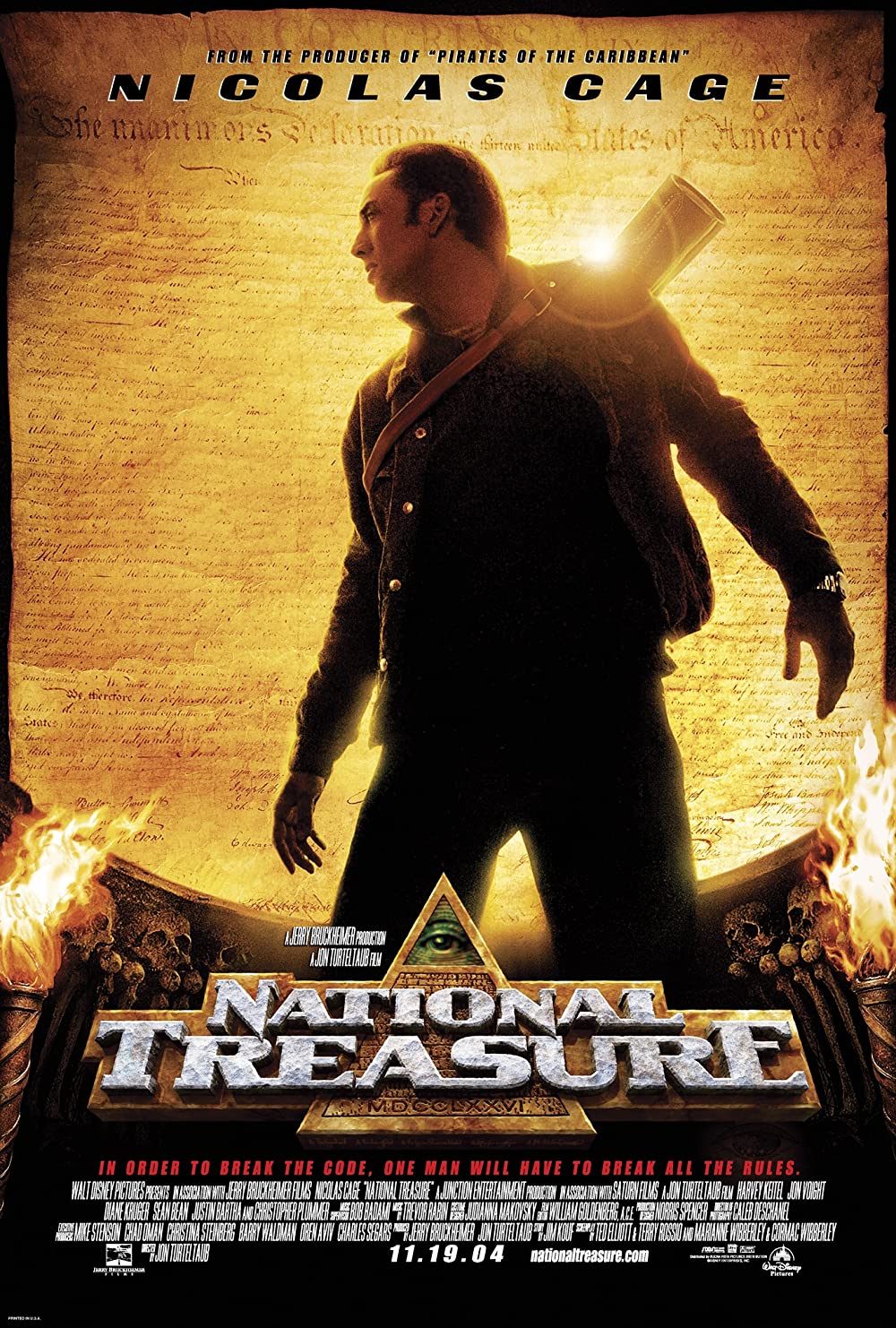 Plot: A treasure hunter explores the possibility of a clues that the dollar bill leads to wealth passed down centuries ago.

For what it's worth - 'National Treasure' is a fun adventure. Not as smart as it thinks it is, but not completely stupid.

Despite the ridiculousness of the premise and plot, this is an intricate and fun adventure film. Nicolas Cage's tendency to overact works within such a silly environment and Justin Bartha is a scene-stealer as the sidekick comic relief. Lots of crazy action scenes that work due to the energy of the cast and direction.

Nicolas Cage plays Ben Gates, a man obsessed with finding a legendary treasure who stumbles on a clue that leads him to a code on the back of the Declaration of Independence. National Treasure is purely film-making by numbers; there's the wise-cracking side kick, evil gun-toting (and inevitably English) villain, loads of races against time and a ridiculously contrived love interest (I've no idea who the curator of the National Archive is, but I'm confidently betting that they're not a 'hottie'...) But, as anyone who has seen Hudson Hawk or Sahara can tell you, that is something that can sometimes go quite spectacularly wrong. This however is not the case with National Treasure, and it does exactly what it sets out to do; it's a cheerfully unpretentious family orientated adventure that …

Favorite Movies That Take Place in Philadelphia by The WHB

No posts have been made on this movie yet. Be the first to start talking about National Treasure!