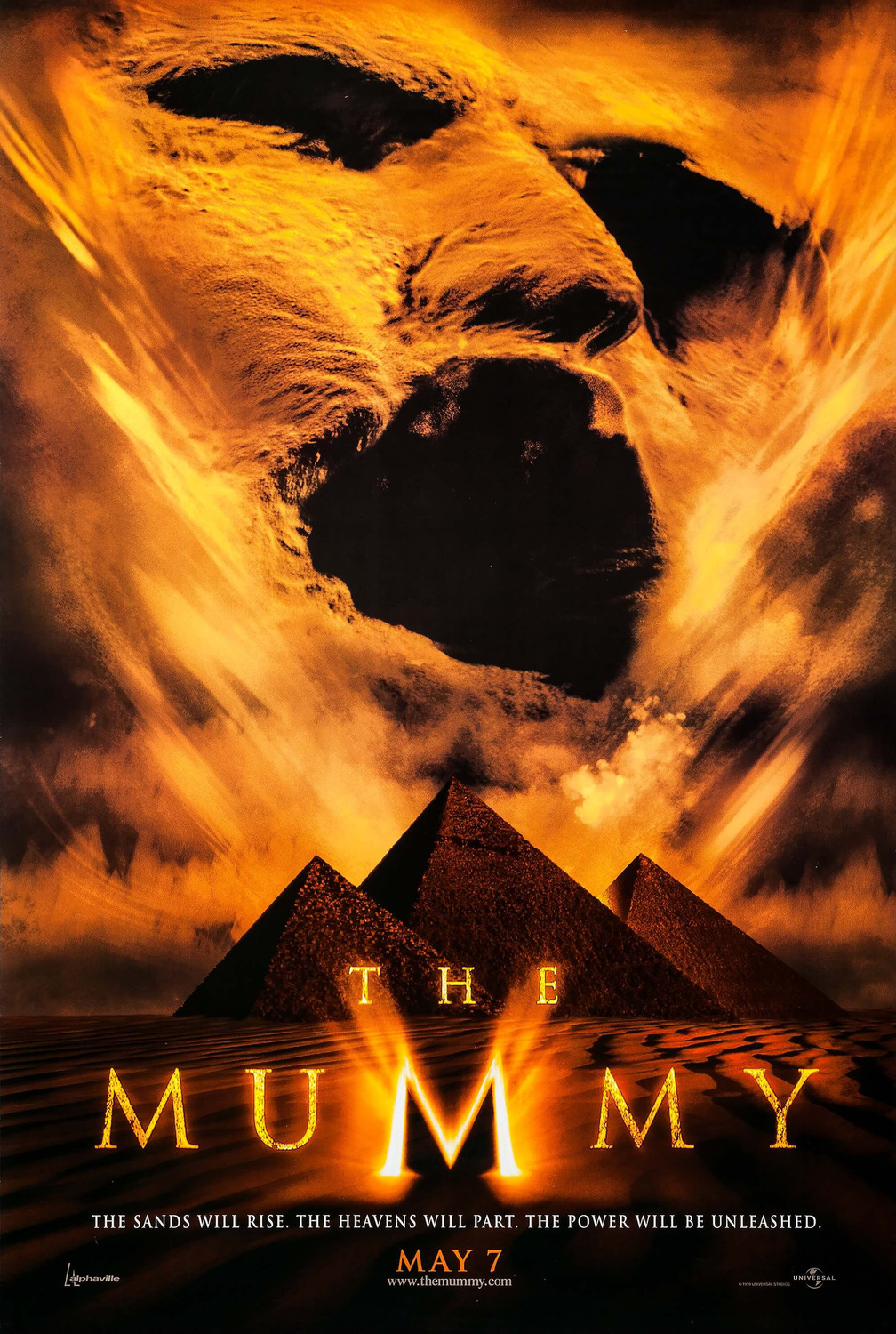 Plot: In ancient Egypt high priest Imhotep was cursed for crimes against the pharoah. In 1923 an archeological dig unearths the priest and his vengeance will be felt.

Some call Romancing the Stone the best of the Indiana Jones ripoffs but for me personally, I'll nominate The Mummy (1999).

This movie was action pack fun with some silly and goofy moments.

The production design is rich, but there's something missing in tone in this adventure film. A lot of the scenes come off as silly and the film misses the mix of action and humor that, for example, the Indiana Jones films do so well. It's worth noting that this is the most entertaining of the series.

The story focuses on two groups of treasure hunters in Egypt, searching for the legendary 'City of the Dead'. Brendan Fraser is terrific as Rick O'Connell, the wise-cracking American ex-foreign legion soldier who knows the way to Hamanauptra, an ancient city, fabled to hold the treasure of the Pharaoh Seti I (father of Ramses the Great). Rachel Weisz plays the adventurous heroine Evelyn Carnahan, librarian turned archaeologist who has found the key that will open the book of Ra, an ancient text with occult powers.

Eventually they find the book and read several passages aloud, with horrifying results. Imhotep (Arnold Vosloo) is awakened after 3000 years and is on a quest to gain power and revive his lost love, Anck Su Namun. To accomplish this, he must first kill the men who found the …

"The Mummy" by Yojimbo

An archaeological dig accidentally unleashes a curse onto the world in the form of an undead Egyptian priest intent on resurrecting his lover. Another film typical of the Stephen Sommers formula, The Mummy pillages popular folk lore and introduces a blend of non-stop action and tongue in cheek humour into the mix to create a low brow crowd pleaser that's all flash and no substance. Basically, this film references the comic swashbucklers of the forties (or rather, rips off Raiders of The lost Ark, which references the comic swashbucklers of the forties) but the weak dialogue, simplistic plot and juvenile humour makes it more Scooby Doo than Indiana Jones. The plot is little more than set piece/gag/set piece/gag which means there's never a dull moment but there's little sense of pacing or …

I remember watching this film back in 1999 and it amazes me how much I remember from it nine years later. Even though it has a lot of CGI for visual effects, this movie is undeniably enjoyable because it relies on its characters to get some emotions out of the audiences. It couldâve easily shown the torture and the kills but they didnât so it leaves some images for the imagination. Brendan Frasier, Rachel Weisz, and John Hannah are all funny in their own ways but the three of them are very distinct. The mummy, played by Arnold Vosloo, is an effective villain, especially during the scenes when the treasure hunters just brought him back from the dead. Stephen Sommers, the director, wisely shrouded the mummy in the shadows for as long as he could so that the audience will be curious …

No posts have been made on this movie yet. Be the first to start talking about The Mummy!