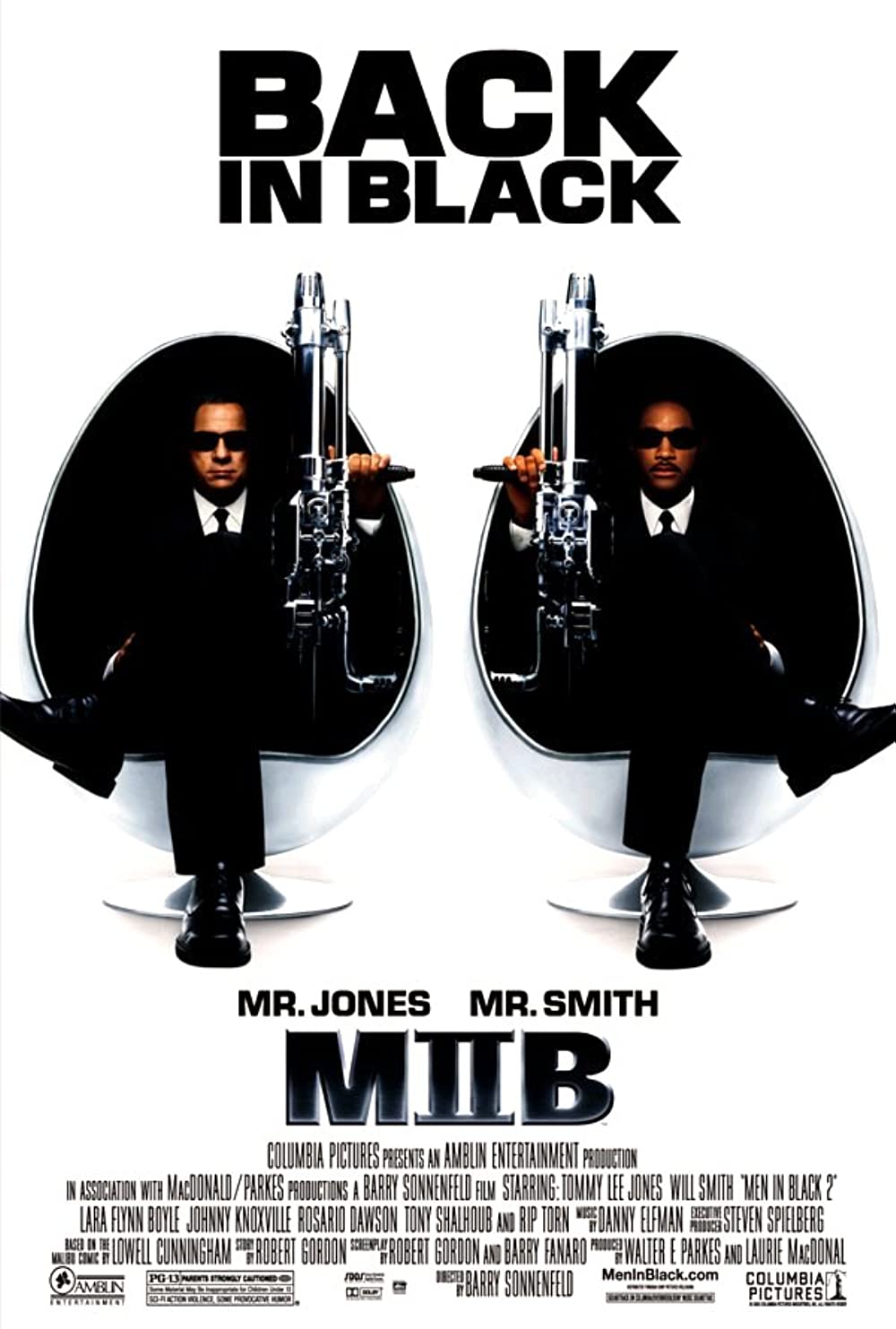 Plot: Back again are agents J and K - this time Smith has to bring Jones on board to uncover the mystery of the universe.

Not as fun or exciting as the first movie.

A synopsis would be a complete waste of time because, let's face it, we all know what this film is about. It's about milking the cash cow. Moo. It has jokes that involve juxtapositioning the mundane with the ridiculous. It has pregnant pauses aplenty. It has Will Smith bickering with Tommy Lee Jones. And funny looking aliens. Ho de ho. Is it a terrible film? No, it isn't. Is it unbelievably lazy and soulless? Yes it is.

It was great to see Lara Flynn Boyle suck up a bad guy. Not bad for a Two movie, not as interesting or original as the first one.

"It isn't fair...It never is." Agent J (Will Smith) becomes romantically involved with Laura Vasquez (Rosario Dawson). Agent K (Tommy Lee Jones) still shows him the ropes. Bigger guns doesn't mean a better sequel. Had more cheesy lines and the overall plot was too thin. The whole thing felt rushed and the conclusion unsatisfying. Special effects and humor were still present but overall, Men in Black 2 was pretty much average compared to its predecessor. Frank the Pug still entertains though. Screenplay definitely needed a reboot though the chemistry of Smith and Jones were evident, it still couldn't lift the film on its own. Not sure why they had to make a sequel based on Agent J falling in love with a princess from another planet. Another mistake was casting the dull Lara …

No posts have been made on this movie yet. Be the first to start talking about Men in Black 2!