The Lord of the Rings Movie Information

Plot: Animated by Ralph Bakshi, this film is based on the novel by J.R.R. Tolkien about Bilbo Baggins and his quest to destroy the One Ring. -- Chris Kavan

Muddled and overly ambitious attempt to animate Tolkien's novel; it's penchant for "cheating" and just including sections of live action that's been rotoscoped looks a mess and the fact that it just abruptly ends in the middle of the story makes it feel like a bit of a waste of time.

This film has not aged well - plus, after seeing the live-action version, it just can't compare. It does follow the story rather well, even if it is rushed in parts, but I don't think the animation is particularly good and neither is most of the wooden-sounding cast. Back in '78 this may have been good, but today I'm disappointed.

Not as strong of an adaptation as the three live-action films, but still very cinematic for animation of the time. It's fun and entertaining. 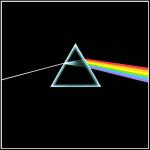 The first adaption of J.R.R. Tolkien's "The Lord of the Rings" trilogy is a good first attempt at putting the story to the big screen. There are pros & cons to this film, first the cons. Unfortunately, Ralph Bakshi wanted to adapt all 3 books into an animated film, but he didn't have enough time and money to complete the film (Even though this film is one of the longest running animated film, 2 hours and 13 mins). The Fellowship of the Ring part was good, running for an hour and a half, but then The Two Towers was rushed, indicating time and money was running out for production, so the story made less sense near the end. Now the pros of the film. The film features stunning animation, almost as stunning as Fantasia's "Night on Bald Mountain" segment and the 1940s Fleischer Superman …

Top Films of 1978 by Neobowler

No posts have been made on this movie yet. Be the first to start talking about The Lord of the Rings!