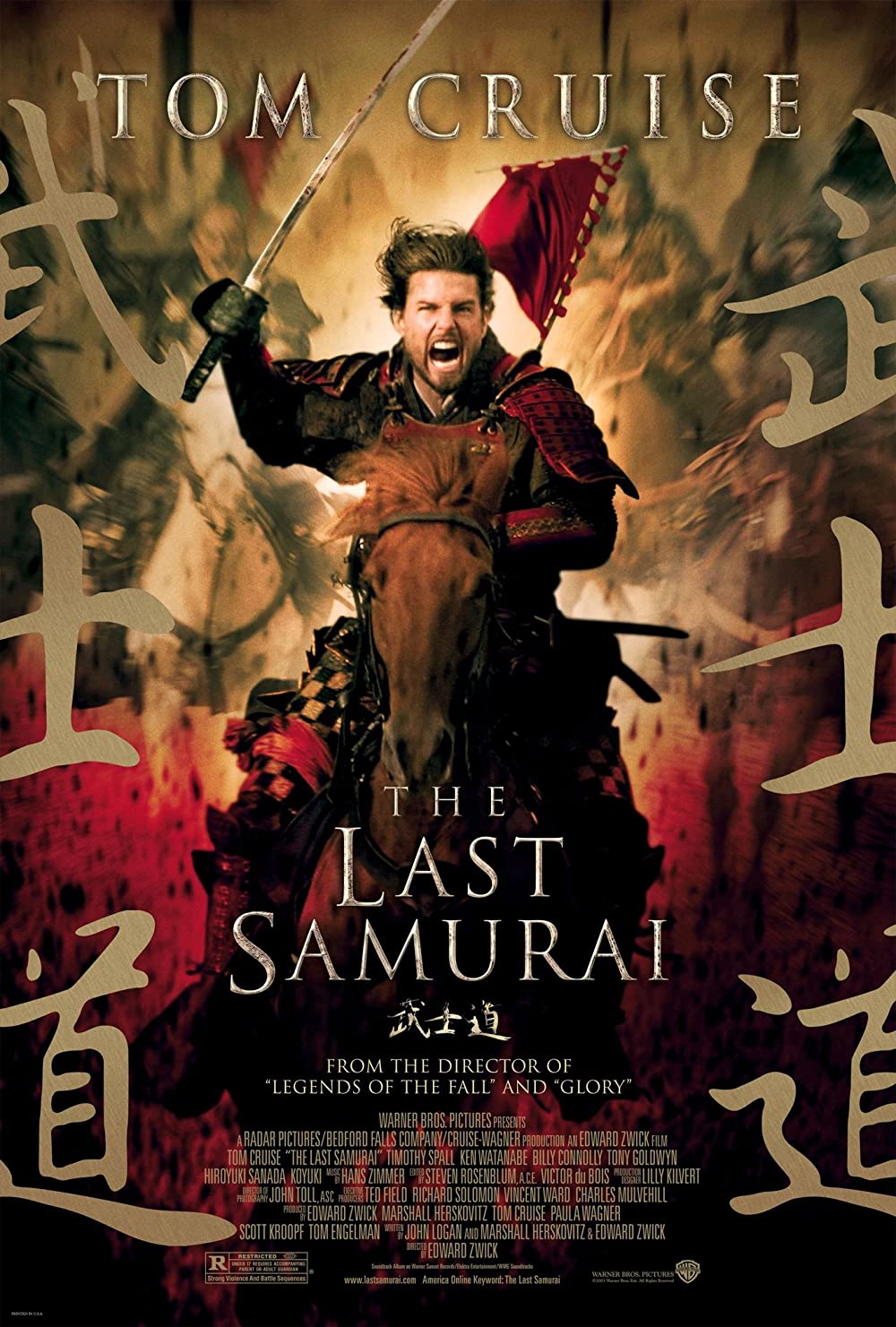 Plot: After being captured by the same samurai who he was hired to kill, he falls in love with their culture and decides to fight with them until the end.

Completely uneducated regarding its history (The Japanese did NOT seek U.S. assistance during the rebellion, and it's very unlikely they ever would've.) "The Last Samurai" is a manufactured white savior redemption picture, and an example of a Hollywood exploitation epic at its worst.

One word to say about this movie and that is "Epic".

I could have done without the film forcing some of its more "zen" thematic elements, but the battle sequences (Zwick's strong suite) are energetic and Tom Cruise gives a focused and courageous performance. The real standout is tight-lipped Ken Watanabe who goes toe to toe, acting-wise, with Cruise in every scene.

"The Last Samurai" by Yojimbo

A disillusioned cavalry officer is ordered to train an army to fight against a rebellious samurai in Japan, only to be captured and come to respect his erstwhile foe. Yes, that's right, it's Dances With Japs. Or maybe, How The East Was Won. This film is exactly what i was expecting; a typical Hollywood historical epic. Tiny Tom is troubled by clumsy flashbacks of an atrocity which now shapes his entire personality and sets off to do his duty, only to learn to admire the noble savages while they learn from his pig-headed self-destructiveness and provide him with a handily widowed village babe and surrogate family. He then switches sides leading to the wobbly lower-lip inducing heroic final battle after which an American invents modern Japan (probably shouldn't have nuked it 70 years later …

If I had only seen the last half hours of the movie I would still call it "Incredible." I simply adore a good movie where the Protagonist and the Antagonist switch places. One minute you're routing for this team, and the next for the other. But all along, you want Cruise's character to come on top. During some scenes where Cruise is training with the Samurai and he just can't beat this one guy. The training happenes a few times with the same fate--cruise is beaten down. But the last time, it comes to a draw.....and everybody pauses. This is what I believe is the pivital point of the film where Cruise is officially one of them. I don't know much about the Japanese culture, but I know that respect is high on the list, and Cruises character has just earned theirs. The fight scene …

No posts have been made on this movie yet. Be the first to start talking about The Last Samurai!