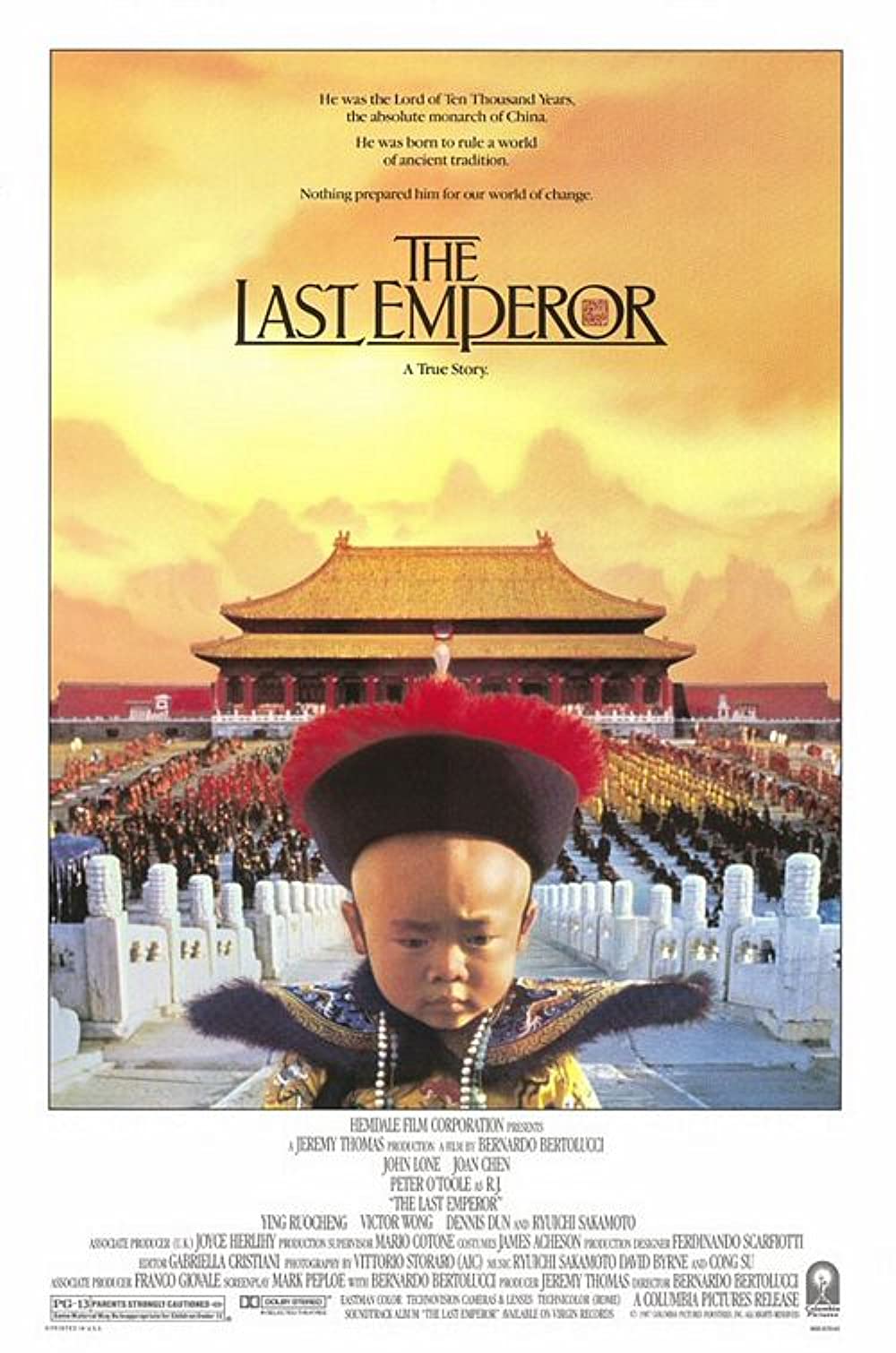 Plot: The story of the last emperor of China as told through flash backs and flash forwards.

The film's beauty comes more from its setting that the story itself, but if you have about 3 to 4 hours to spare, it is worth the watch.

I don't remember much about this movie. I just remember liking it.

Perhaps one of the last, great epic biographies. An interest in the subject matter will help you get more out of the film. Parts do tend to drag, but overall, an excellent film with a superb story.

Started out well with slight humor when the Emperor was still a kid then somewhat fizzles towards the end. The plot revolves around the Puyi (John Lone), the last emperor of China. The direction was meticulous and detailed while the extras/wardrobe was extravagant. Locations were authentic and grandiose. The soundtrack/score brought life to the picture. On the downside, Peter O' Toole's talents were underutilized, the pacing somewhat dull and entertainment factor was low. It moves around and follows historical events that follows Puyi and various policies of governing bodies. It's one of those Best Picture movies that you want to see but is left down since you want more from it. More historical than an enjoyable picture, the execution and production was good. The Last Emperor can …

In 1911, the Qing Dynasty was overtaken by The Republic of China, and the then emperor, Pu-Yi (Richard Vuu, Tsou Tijger, Tao Wu and John Lone), no longer had any ruling power. His story is told in the Best Picture winning film, "The Last Emperor."

I have personally never heard of Pu-Yi or his story, so I saw this film knowing nothing about its history. That being said, I feel I have learned a lot about his life and China in general, but even more impressive is the fact that I was able to sit through the whole thing.

No posts have been made on this movie yet. Be the first to start talking about The Last Emperor!