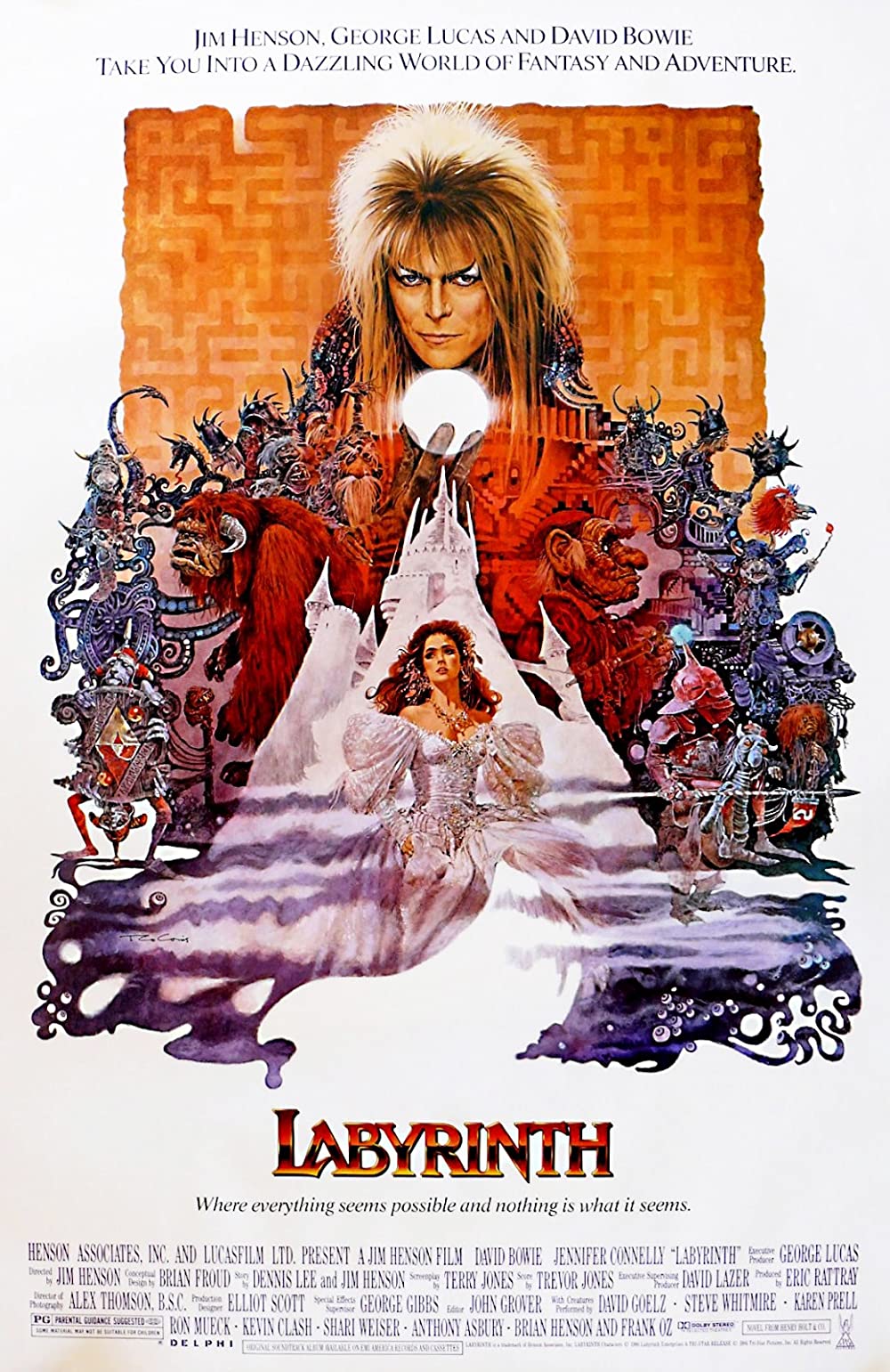 Plot: Sarah is baby sitting her baby half-brother when she accidentally wishes him away to a goblin king and conjures up a world of fantasy. She must get her brother back and will do anything to do so.

Imaginative. David Bowie is freakishly charismatic as the Goblin King.

Another of those 80s films that enjoy a huge cult following which I thought was really rather poor. There are some inventive visuals, but there's little else to commend it. The Dark Crystal was better, but it's a damn sight better than The Never-ending Story.

This is a greatly imaginative fantasy flick, filled with weird characters and a sense of wonder. Though, there isn't much of a story and the songs are forgettable and forced. Still, it's worth the fun moments and imagery.

My favourite films from the past by DonMust4

No posts have been made on this movie yet. Be the first to start talking about Labyrinth!